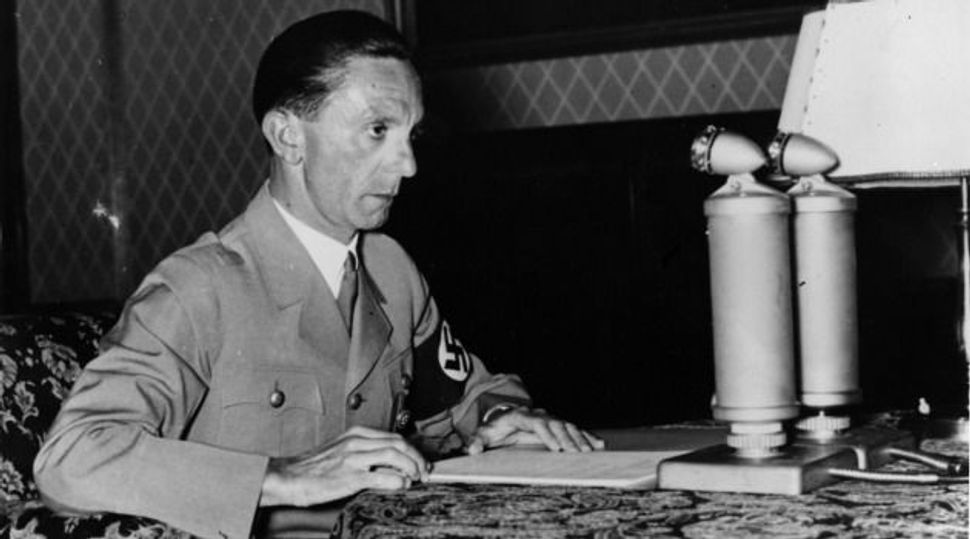 Russian prosecutors are investigating the appearance of a Russian-language edition of a book by Nazi Germany’s propaganda minister, Joseph Goebbels, to rule whether it is extremist and should be banned.

State prosecutors in Russia’s second largest city, St Petersburg, launched the probe into the novel “Michael” this week after it appeared in early 2013 on bookshelves in a country proud of the Soviet victory over the Nazis in World War Two.

“We have initiated checks,” said Marina Nikolayeva, spokeswoman for St Petersburg prosecutors. “The book is not on the blacklist now but to even get there first there must be an investigation that would prove it holds extremist content.”

The 1923 book is said to contain the early political views of Goebbels, one of Adolf Hitler’s closes allies and a fierce anti-Semite who killed himself as Berlin was falling in 1945.

His “Final Entries 1945: The Diaries of Joseph Goebbels” already features among 2,008 publications on Russia’s blacklist of extremist writings along with Hitler’s “Mein Kampf”.

The publishing house Algorithm defended its decision to publish the book saying it helped understand how “one of the most advanced and educated nations of the world suddenly and unexpectedly goes crazy and turns to fascism”.

But it said releasing it as part of the “Prose of the Great” series was a mistake. It is being sold for about $10 a copy.

Russia’s veteran human rights activist Svetlana Gannushkina has said such publications should not be made widely available in a country struggling to contain cases of discrimination and violence against minorities.

“Historians should of course familiarise themselves with such documents but putting it on sale so widely is just dangerous in Russia where xenophobia is growing,” she said.