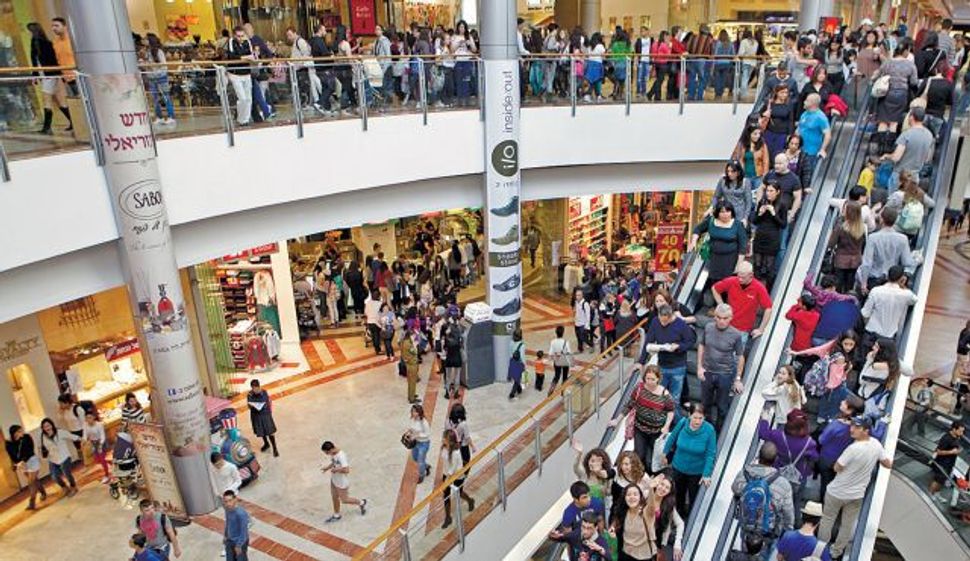 Shop ?Til You Drop: Israelis have been shopping more than normal lately and driving the GDP of the country up 5%. Image by haaretz

The rapid pace of growth in the second quarter, April-June, boosted first-half expansion to 3.4% in annualized terms.

That first-half pace of growth is roughly unchanged from the last half-year of 2012.

At present the Finance Ministry is predicting 3.5% growth for the year 2013, while the Bank of Israel is a hair more optimistic, with a forecast of 3.8%.

Meanwhile, consumer spending shot up in the January-June period, growing by 3.1% per capita, after growing by a mere 0.2% per capita in the second half of 2012.