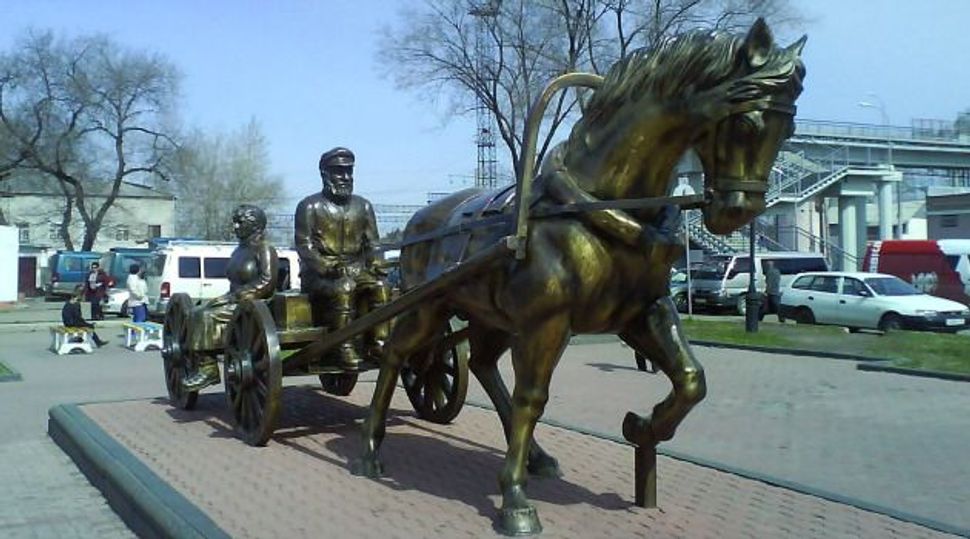 Go East: Jewish settlers were sent to the Russian Far East by Joseph Stalin in the 1930s. Image by wikimedia commons

The program hopes to bring about 2,000 people back to what once was a Jewish ethnic enclave, The Jerusalem Post reported.

Birobidzhan was established in 1934 by Joseph Stalin in Russia’s Far East on the border with China. Today, fewer than 6,000 people of the region’s population of 76,00o are Jewish. The returnees would receive about $8,000 for relocation expenses, health insurance and other needs, according to eJewishPhilanthropy.

The World Forum of Russian-speaking Jewry on Monday told The Jerusalem Post that the program is unrealistic.

“Jews in Russia and Ukraine and other post-Soviet countries live in big cities and are economically successful for the most part,” Alexander Levin, president of the World Forum of Russian-speaking Jewry, told The Jerusalem Post.

Birobidzhan still has a Jewish character, The New York Times reported in October.

In addition to the large menorah standing outside the train station and the Yiddish street signs peppered with Stars of David, an old synagogue is still functioning and a Jewish community center was built recently in the area’s downtown. Sholem Aleichem Street remains the main road, and a statue of the “Fiddler on the Roof” still greets concertgoers outside the symphony hall, according to the Times.

The Birobidzhan region in recent days has faced its biggest floods in 120 years, which has led to the evacuation of hundreds of thousands of people.