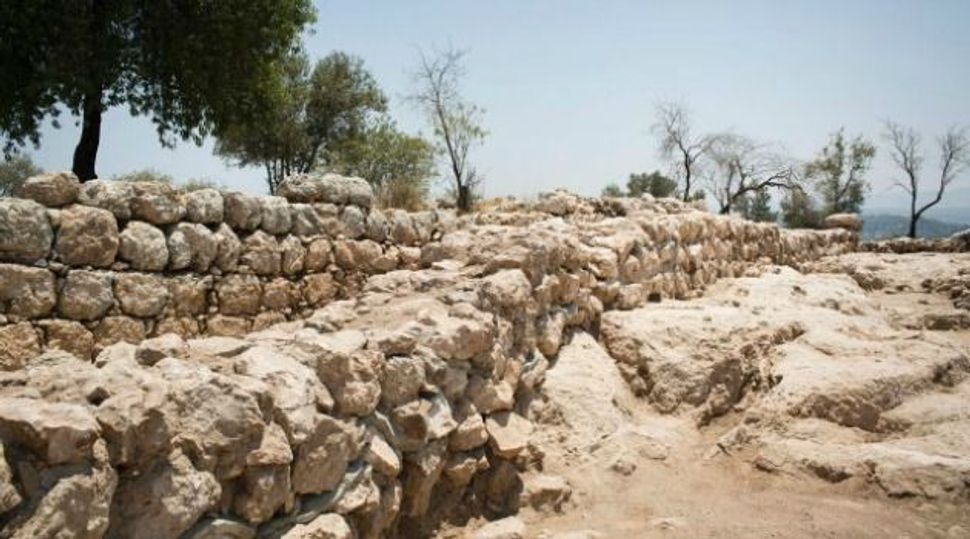 The excavators, Yossi Garfinkel of the Hebrew University of Jerusalem and Saar Ganor of the Israel Antiquities Authority, have identified Khirbet Qeiyafa as the biblical town of Shaarayim, and after completing their final excavation season this summer, they announced the discovery of a palace.

Not just any palace: they attribute the ruins to none other than King David himself.

Asked about Garfinkel and Ganor’s claims, Finkelstein first affirms commonalities: “The first and most important thing for us as archaeologists to agree on the finds. And I think that regarding Qeyiafa we all agree that it is a very well fortified site which dates back to the 10th century BCE.”

Archaeologists also agree that a site that well-fortified is unique to this region at that time period. They agree that no pig bones were found at the site, a fact the excavators underscore in attributing the site to Judah. They also agree on the cultic finds, most notably of three portable shrines, common to the Levantine region at that time. Nor is there a dispute over the ceramics. The clay vessels used by the people are very much like those used by the people inhabiting nearby sites.