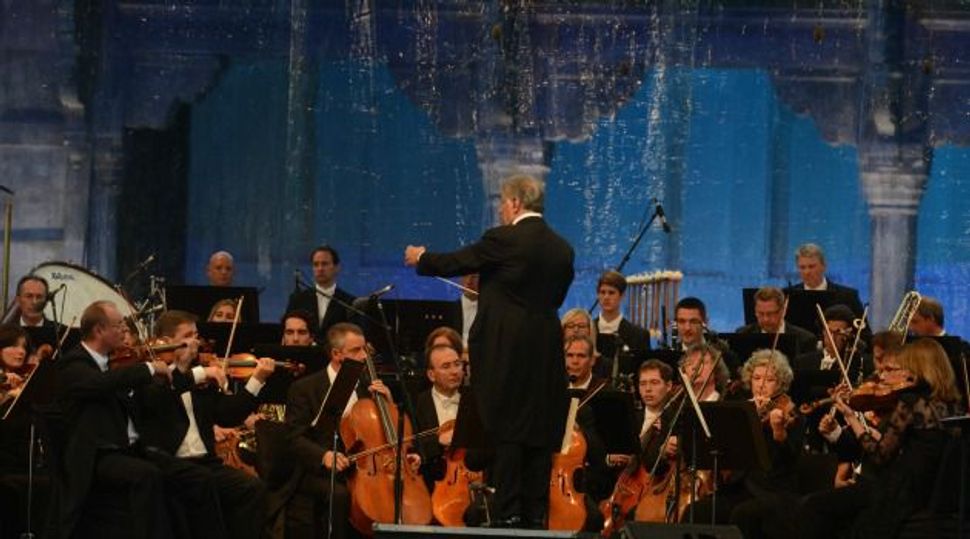 Sour Note: Maestro Zubin Mehta leads orchestra in Indian-controlled Kashmir. The music was sweet but the concert set off strikes and violent protests by separatists. Image by getty images

A concert by renowned conductor Zubin Mehta in Indian-controlled Kashmir, where separatist groups are fighting New Delhi’s rule, was mired in controversy on Sunday, posing potential diplomatic embarrassment for Germany, whose ambassador organised the event.

The concert, on the banks of picturesque Dal Lake, went off peacefully on Saturday night amid heavy security to deter any attack by separatist insurgents in one of the most militarised regions of the world.

The event was organised by Germany’s ambassador to India, Michael Steiner, with the aim of reaching “the hearts of the Kashmiris with a message of hope and encouragement”.

But separatist groups protested against an event they said effectively legitimised New Delhi’s rule over the disputed state, and called a strike on Saturday to show their opposition. Shops were shuttered and streets largely deserted in Srinagar, the summer capital of Jammu and Kashmir state.

In the hours before the concert, security forces deployed in the city as part of a major operation by the army, paramilitary forces and police to protect the event shot and wounded a motorist who they said failed to obey orders to stop.

In south Kashmir, security forces said they shot four men to thwart an attack on a paramilitary base. Angry residents protested that those killed were innocent civilians. The shootings underscored tension in a region where New Delhi has deployed 700,000 security force personnel to keep the peace.

As Mehta and Steiner went on Indian television on Sunday to defend the decision to hold the concert in Kashmir, it was denounced from an unexpected quarter.

The event had not been properly handled and had become politicised, complained Nikolaus Bachler, the general manager of the 80-strong Bavarian State Orchestra, which played on Saturday to an audience of about 2,700 invited guests, including business leaders, government officials and diplomats.

The orchestra had been under the impression they would be playing for the Kashmiri people, and not, Bachler said, at an “embassy concert” to which access was restricted.

“We were misled by the German embassy. We will raise this issue with the German government that art can’t be exploited by anyone, be it governments or by embassies or any political groups,” he told Reuters in an interview.

“The musicians, all the 80, waived the fees for Kashmiri people and not for an elite event. We didn’t waive the fees for an embassy concert. Be sure this will be an issue in Germany.”

Addressing the charge of elitism, Mehta said “next time” he would play in a stadium, but stressed that the audience on Saturday had included a cross-section of Kashmiri society.

The German embassy did not respond to Reuters’ request for comment, but Steiner told India’s NDTV television channel that security considerations had been a factor in deciding how large an event to hold.

“The first priority was that we had to guarantee to the orchestra, to the invitees, to Zubin Mehta, to everyone security. Kashmir is as it is. We could not at this juncture do it in a Woodstock form. The situation was not right for that,” he said.

Indian-born Mehta, 77, who has conducted the Israel, Berlin and Vienna philharmonic orchestras among others during his long career, said despite the controversy he still believed the concert had had a positive impact on Kashmir.

“We are not politicians. We cannot change boundaries but we can start a process of healing. Yesterday there was the beginning of some process of healing because Hindus and Muslims were sitting together in complete harmony,” he told NDTV.