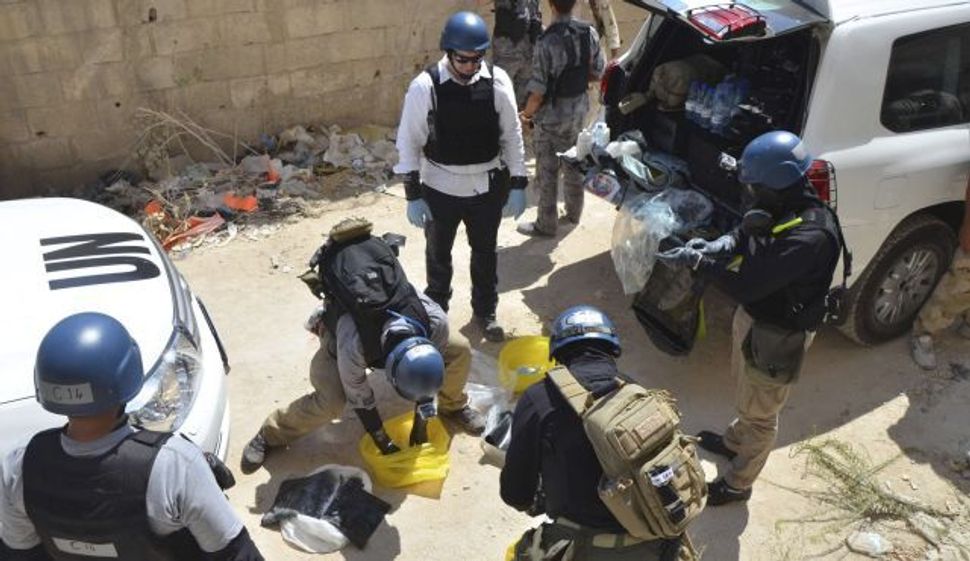 With Moscow and Washington now discussing a diplomatic deal that would rid Syria of its chemical weapons, officials in Jerusalem are preparing for the possibility that Israel will be asked to submit to supervision of the chemical weapons that foreign reports say it possesses.

Israel signed the Chemical Weapons Convention in 1993, but never ratified it. Consequently, it hasn’t agreed to submit itself to international inspections or to refrain from steps that would violate the convention.

Both Syria and Egypt used Israel as their excuse for not signing the convention. In various international forums over the years, Syrian and Egyptian officials have said their countries would agree to sign only if Israel signed the Nuclear Non-Proliferation Treaty and opened its nuclear reactor in Dimona to international inspectors.

Foreign Ministry spokesman Yigal Palmor told Haaretz on Wednesday that Israel would not ratify the Chemical Weapons Convention as long as other states in the region with chemical weapons refuse to recognize Israel and threaten to destroy it.

“Unfortunately, while Israel signed the convention, other countries in the Middle East, including those that have used chemical weapons recently or in the past, or are believed to be working to improve their chemical capabilities, have failed to follow suit and have indicated that their position would remain unchanged even if Israel ratifies the convention,” Palmor said in a written statement. “Some of these states don’t recognize Israel’s right to exist and blatantly call to annihilate it. In this context, the chemical weapons threat against Israel and its civilian population is neither theoretical nor distant. Terror organizations, acting as proxies for certain regional states, similarly pose a chemical weapons threat. These threats cannot be ignored by Israel, in the assessment of possible ratification of the convention.”