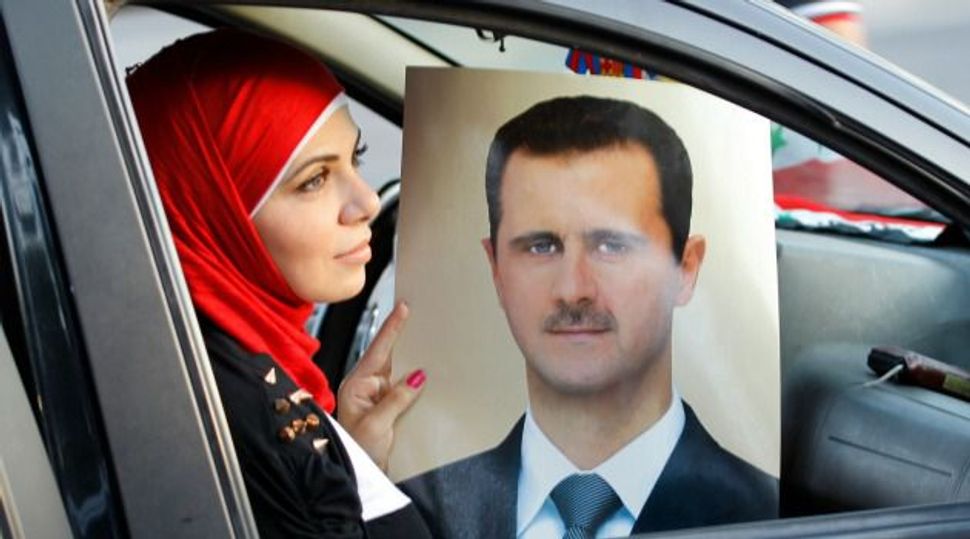 Israel wants to see Syrian President Bashar al-Assad toppled, its ambassador to the United States said on Tuesday, in a shift from its non-committal public stance on its neighbour’s civil war.

Even Assad’s defeat by al Qaeda-aligned rebels would be preferable to Damascus’s current alliance with Israel’s arch-foe Iran, Ambassador Michael Oren said in an interview with the Jerusalem Post.

His comments marked a move in Israel’s public position on Syria’s two-and-1/2-year-old war.

Though old enemies, a stable stand-off has endured between the two countries during Assad’s rule and at times Israel had pursued peace talks with him in hope of divorcing Syria from Tehran and Iranian-sponsored Hezbollah guerrillas in neighbouring Lebanon.

But with Assad under U.S.-led condemnation for his forces’ alleged chemical attack on a rebel district of Damascus on Aug. 21, Oren said Israel’s message was that he must go.

Assad’s overthrow would also weaken the alliance with Iran and Hezbollah, Oren said.

“The greatest danger to Israel is by the strategic arc that extends from Tehran, to Damascus to Beirut. And we saw the Assad regime as the keystone in that arc,” he said.

Oren said that other anti-Assad rebels were less radical than the Islamists.

Israel believes around one in 10 Syrian rebels are Sunni militants sworn to its destruction. Assad’s Alawite sect is closer to the rival Shi’ite Islam of Iran and Hezbollah.

Oren, a Netanyahu confidant, did not say in the interview whether or how Israel was promoting Assad’s fall.

Israel, which is widely assumed to have the region’s sole atomic arsenal, has played down any direct Syrian threat to it but is concerned that a weak Western policy towards Assad could encourage Iran.

The Israelis have conferred closely with Washington as it first threatened military reprisals over the Damascus gas attack and then struck a deal with Russia for placing Syria’s chemical weapons under international control.

Netanyahu has urged Syria be stripped of such arms, while insisting that his government was not getting involved in Assad’s feud with the rebels.