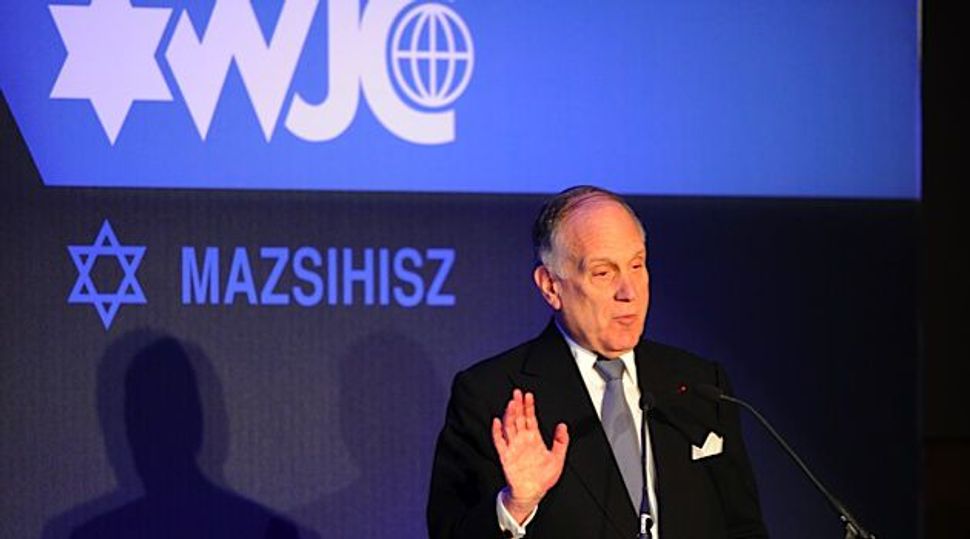 The World Jewish Congress slammed a Polish magazine report that alleged corrupt practices in the restitution and management of Jewish property in Poland.

In a statement issued Sept. 18, WJC President Ronald Lauder called the report in the Polish edition of Forbes magazine “littered with factual errors” and “sensationalist,” and its allegations “unfounded and slanderous.”

The Forbes report, published several weeks ago, comprised several articles that targeted the leaders of Poland’s organized Jewish community along with the Foundation for the Preservation of Jewish Heritage in Poland, or FODZ, the WJC and the World Jewish Restitution Organization.

One of the articles described Piotr Kadlcik, the president of Poland’s Union of Jewish Communities, as one who “likes a drink or many and can often be seen on the street trying to find his bearings.” It called Poland’s chief rabbi, Michael Schudrich, “the perfect rabbi to foster corruption.”

Another article accused Monika Krawczyk, CEO of the Foundation for the Preservation of Jewish Heritage in Poland, as “charged by her employers, the largest Jewish world organizations, with selling and liquidating as fast as feasible the half of the restituted communal property she controls on behalf of those organizations, and with transferring the moneys to their bank accounts for further waste … to hell with Polish Jews!”

Lauder said he had to respond to the articles’ allegations in his position as chairman of the World Jewish Restitution Organization, or WJRO, as well as president of the WJC.

“To make it very clear,” he said in his statement, “neither the WJC nor the WJRO, of which the WJC is a founding member, have ever sought or received money coming from the restitution of Jewish property in Poland, as the articles suggest.”

The reports, Lauder continued, “are littered with factual errors, and it is lamentable that the authors did not bother to check the facts. This makes me, and many others, wonder if they approached the whole issue with the motive to portray the entire [Jewish] community in a bad light and perhaps to put a stop of the ongoing restitution process of Jewish communal property.”

In a related statement, the WJRO said it had “full confidence in the work of FODZ and its CEO Monika Krawczyk.” It said FODZ operates “in an open and transparent way and files annual audit reports with the Polish Ministry of Administration.”

The FODZ, according to the statement, “has only funded projects inside Poland and neither WJRO nor WJRO member organizations have ever received any allocations for projects or activities from FODZ.”