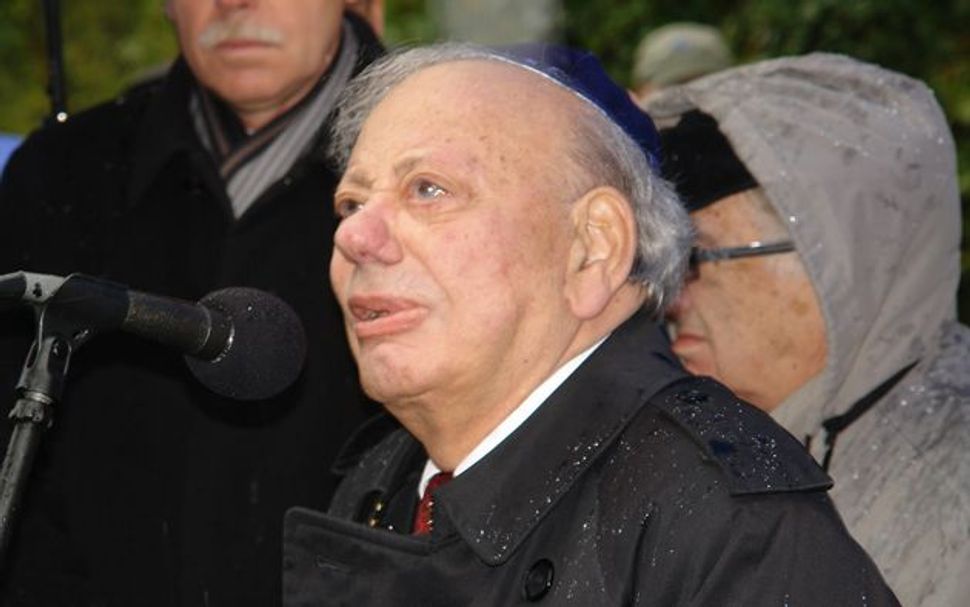 Sigmund Rolat, a Polish-Jewish philanthropist living in the United States, was awarded Poland’s highest honor for citizens who live abroad.

Polish President Bronislaw Komorowski presented Rolat on Tuesday with the Commander’s Cross with Star of the Order of Merit of the Republic of Poland for achievements in Polish-Jewish dialogue. The ceremony took place in New York.

During the ceremony Rolat, 83, described his involvement in establishing an international commission to erect a monument in honor of Poles who saved Jews during the Holocaust.

Rolat said the most appropriate place for the monument is near the Museum of the History of Polish Jews in Warsaw, on whose board he sits. In April, members of Poland’s Jewish community objected to the idea of placing the monument at this site.

“I am an optimist and if all goes well the monument will rise in a year-and-a half,” Rolat said at the ceremony. Komorowski has pledged his support.

Rolat was born in Czestochowa in 1930. While most of his family was killed in the Holocaust, Rolat survived in a German slave-labor munitions factory and immigrated to the United States in 1948.