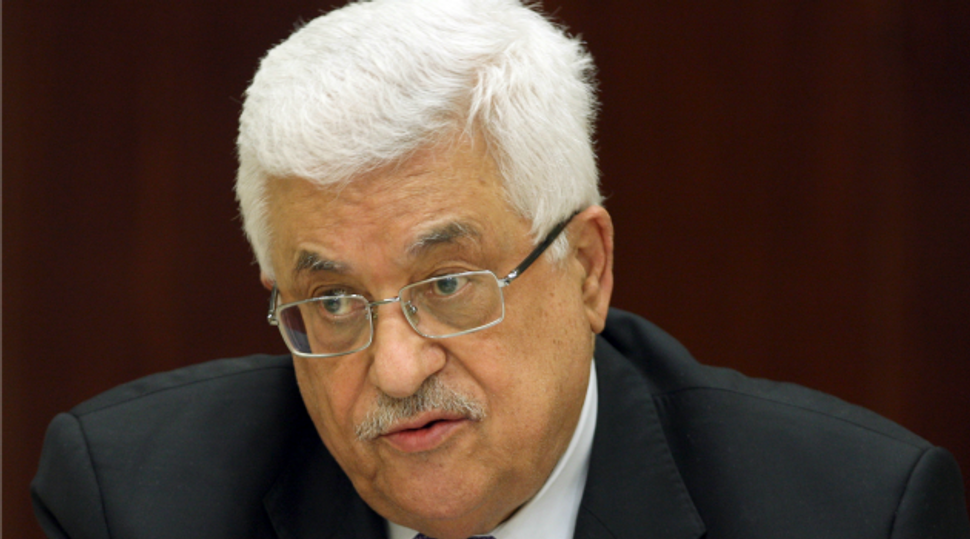 A slate of 100 U.S. Jewish leaders wrote Palestinian Authority President Mahmoud Abbas urging him to make public his opposition to a ‘right of return’ and his agreement to a demilitarized Palestinian state.

The letter, spearheaded by the Israel Policy Forum, noted that in a recent private meeting, Abbas said an agreement would end the conflict and any Palestinian claims to “Haifa, Acre and Safed,” and that a Palestinian state would not need “planes or missiles” but a “strong police force.”

“Making such statements publicly to the entire international community and emphasizing the Palestinian people’s willingness to live in peace with Israel would be important steps to improve the environment affecting the peace process,” said the letter, delivered Wednesday to Abbas, who is New York attending the U.N. General Assembly.

“It would reinforce that the Palestinian leadership has a responsible strategy for courageously forging a lasting peace with Israel,” it said.