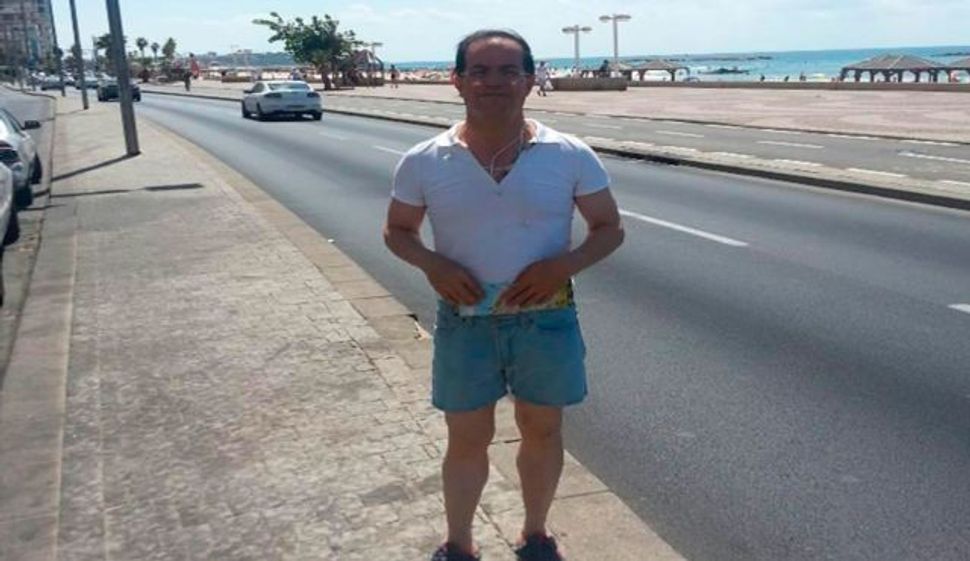 The Shin Bet security service arrested a Belgian citizen of Iranian birth accused of spying on Israel for Iran.

The alleged spy was arrested at Ben Gurion Airport two weeks ago as he attempted to leave the country. A gag order on the arrest was lifted on Sunday.

Alex Mans, who traveled to Israel three times in the last year posing as a Belgian businessman, is believed to have been spying on Israel for the Islamic Revolutionary Guards Corps. He was carrying photographs of the U.S. Embassy in Tel Aviv when he was arrested, and also had taken photos of areas of the airport and other “sites that interest Iranian security officials,” the Shin Bet said, according to Haaretz.

Mans, 55, was born Ali Mansouri and lived in Iran until 1980, and then in Turkey until 1997, when he received a visa for Belgium, and later married a Belgian woman, from whom he is now divorced. He has lived in Iran since 2007 and is married to an Iranian woman, according to reports.

Mans reportedly told Israeli investigators that was recruited by Iranian intelligence, the Revolutionary Guards’ Al-Quds Force, to spy on Israel and was promised about $1 million for his services. He was arrested on Sept.11.