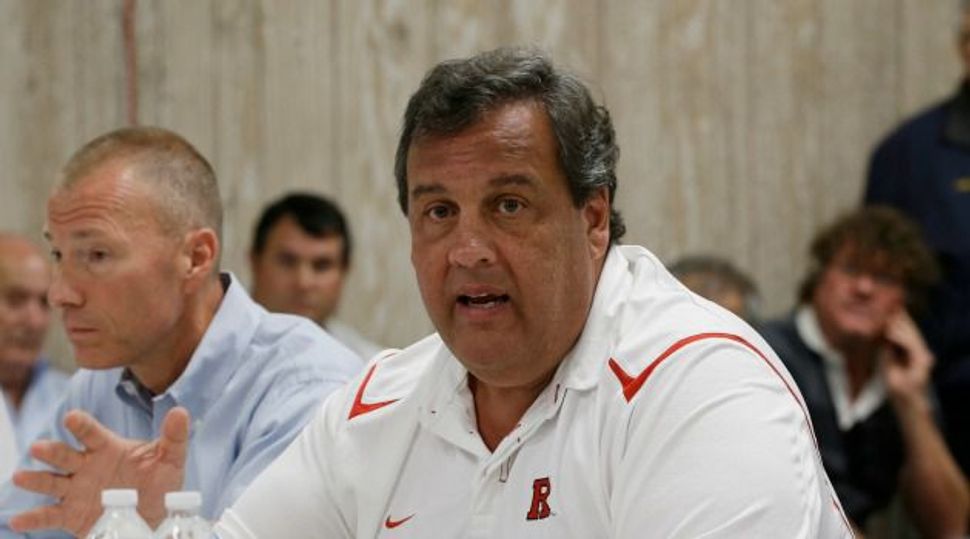 Education was the primary focus of Sunday morning’s event, which drew a crowd of 600 people and lasted for two hours at Congregation Keter Torah in Teaneck, N.J.

Orthodox Union representatives emphasized two pieces of legislation which OU Advocacy, the lobbying arm of the Orthodox Union, has been promoting in the New Jersey legislature. The first would allow townships to allocate funds to educate children with special needs at parochial schools, currently banned under New Jersey State law.

State Senator Loretta Weinberg, discussing the proposed bill, declared that any child with special needs who has religious requirements “still has the right to nonsectarian state pay.”

The second proposed piece of legislature, discussed by the OU’s N.J. Regional Director of Public Policy Josh Pruzansky, would allow New Jersey residents who opt out of the public school system to receive tax credits for the parochial education of their children.

Christie, the event’s keynote speaker, declared his “respect and appreciation” for the values of the Orthodox community. However, his impassioned speech focused primarily on charter schools and school vouchers in general, and did not directly mention issues specifically pertaining to parochial schools.

Christie recounted his own education, which, he said, was enabled by his parents’ decision to relocate to Livingston, N.J. from Newark in order to enroll him in that school system. Stating that “the only people benefiting” from New Jersey’s current “failing” school system are “the adults entrenched in that system,” Christie accused opponents of school choice of “keeping their foot on the throats of struggling families.”

Christie had previously advocated for New Jersey State Senate bill A2830, which proposed a four-year pilot program that would provide funds for children in New Jersey’s seven worst-performing school districts to attend private and parochial schools.

Christie encouraged Orthodox voters to exert pressure on candidates for the state legislature and national office on the “foundational issue” of school choice, in the run-up to the November elections.