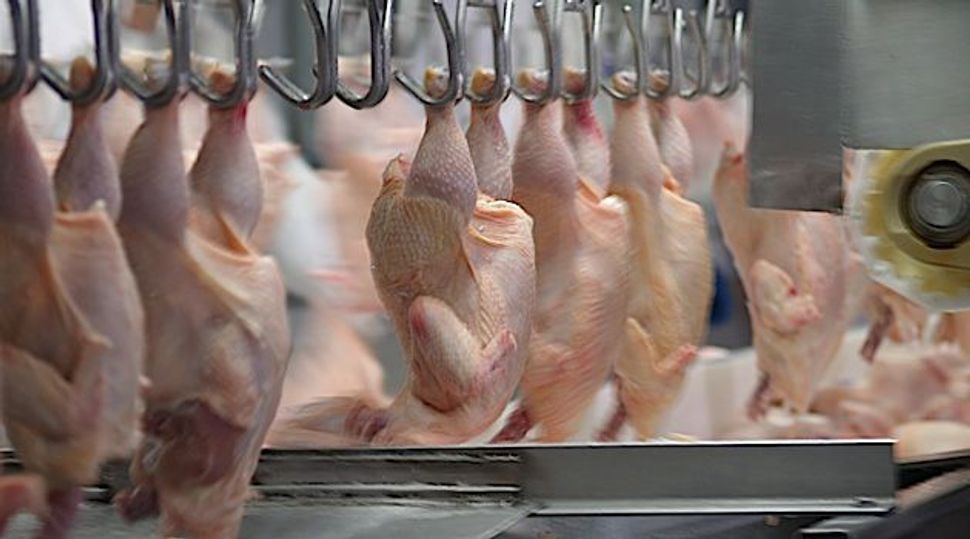 Despite widespread consumer perception that kosher food is healthier and cleaner, kosher chicken might be less safe to consume than conventional poultry, a new study found.

Researchers with Northern Arizona State University examined the occurrence of antibiotic-resistant E. coli on four types of raw chicken: conventional, organic, kosher and those raised without antibiotics, all purchased throughout the New York area from April 2012-June 2012.

The study found kosher chicken, regardless of brand, had the highest frequency of antibiotic-resistant E. coli, nearly twice the amount in conventional products. It also found no difference in levels of antibiotic resistance between strains found on organic and conventional chicken.

The study screened for all types of E. coli strains, most of which are not harmful to humans, according to Food Safety News.

The reasons for the greater levels in kosher poultry than non-kosher are not clear. The authors wrote that their research “suggests that use of antibiotics in the kosher production chain is common and that it may be more intensive than use of antibiotics among conventional, organic or RWA practices.”

The article suggested more studies are needed to test whether antibiotic resistance among kosher products is consistently higher than in other categories.

The study was published on the F1000 Research website, which calls itself the first “open science journal for life scientists.”