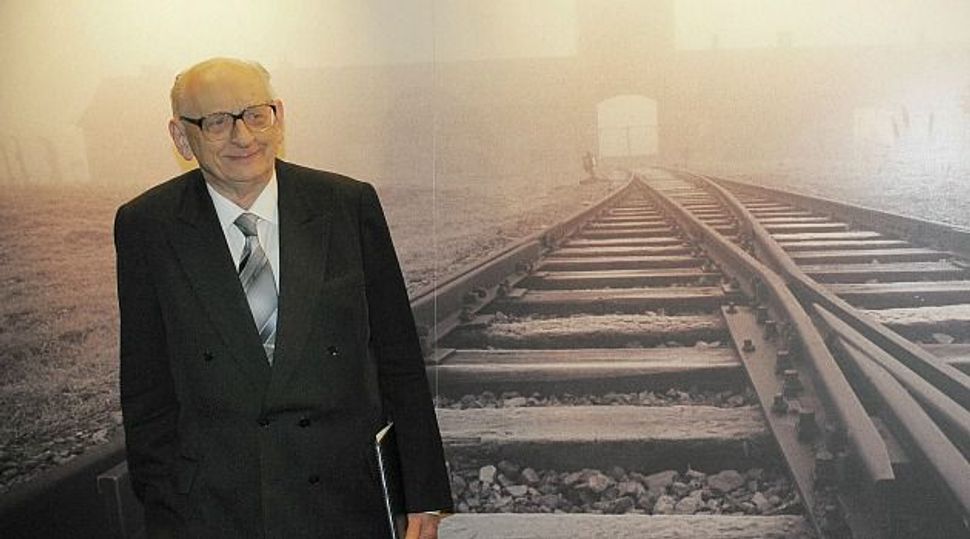 A Polish historian and statesman who was imprisoned at Auschwitz and recognized as a Righteous Gentile for saving Jews in World War II has donated a collection of his memorabilia to a museum in Poland.

Wladyslaw Bartoszewski presented his donations to the new Museum of the History of Polish Jewish in Warsaw at a ceremony on Oct. 9.

Bartoszewski, 91, was a member of the underground “Żegota” Polish Council to Aid Jews during the Holocaust. In recent years he has twice served as Poland’s foreign minister and has held other senior positions and received many international honors.

The museum said the memorabilia include his Righteous among Nations medal, which he received in 1966; a certificate of his planting of a tree in honor of “Żegota” at Yad Vashem; his honorary citizenship of the State of Israel; the Elie Wiesel Award, which he received this year from the United States Holocaust Memorial Museum in Washington; an original ring made in the Litzmannstadt (Lodz) Ghetto; as well as various books and historical documents from the period of World War II.

“One never knows what will and what will not pay off in life, but one always knows what is worth doing,” he said during the ceremony, recalling his experience in “Żegota.”

The donation coincides with the Museum’s new temporary exhibition “Biographies of Things: Gifts in the Collection of the Museum of the History of Polish Jews,” which will open on Oct. 18.

The museum building opened in April, without its permanent core exhibition. The museum announced this month that the core exhibition will be ready in June 2014, though its official opening will take place at a later date.