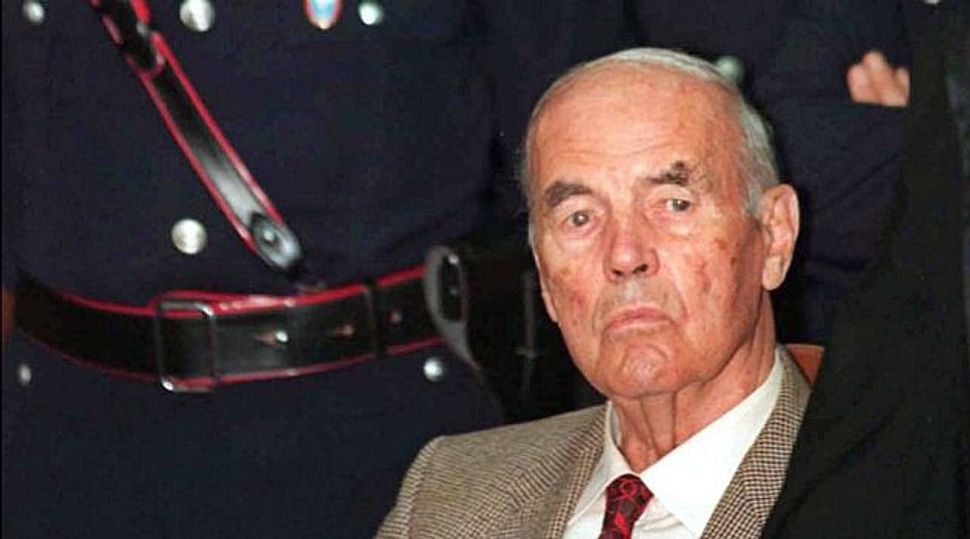 Erich Priebke, a former German Nazi SS officer convicted of one of Italy’s worst wartime massacres, died on Friday in Rome at the age of 100, his lawyer said.

Priebke had been living under house arrest in Rome after being sentenced to life imprisonment in 1998 for the killings of 335 civilians in the Ardeatine Caves near Rome in March 1944.

In March 1944, Priebke was in charge of SS troops who executed the 335 in retaliation for the killings of 33 German soldiers by a partisan group.

After the war he escaped to Argentina but was deported to Italy after being interviewed on U.S. television and admitting his role in the massacre, which he said had been conducted against “terrorists”.

His lawyer Paolo Giachini said in a statement Priebke had left a final interview as his “human and political testament”. It was not clear when it would be released.