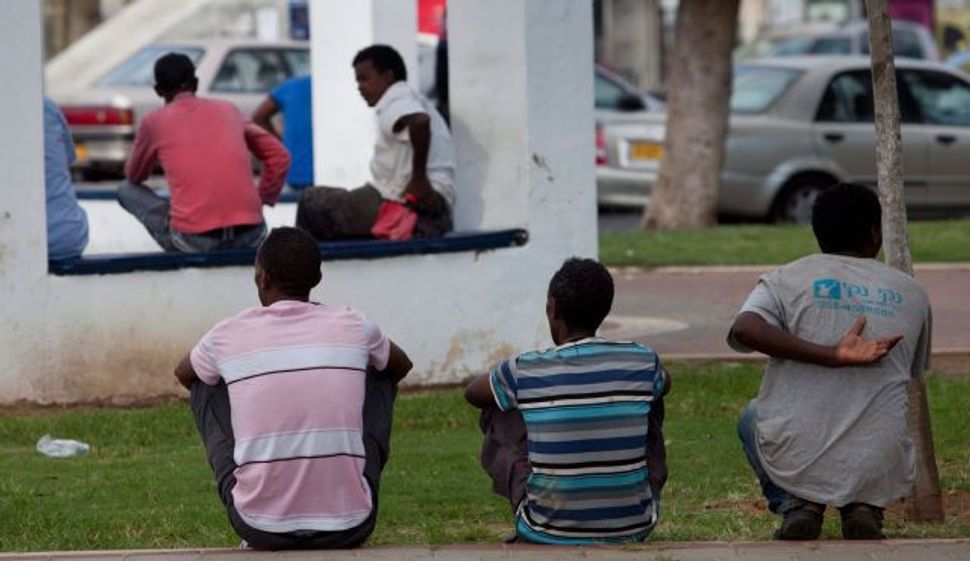 The Israeli government plans to offer $5,000 to any African migrant who agrees to leave the country voluntarily and promises not to return. This is more than triple the $1,500 it has offered departing migrants until now.

Over the past few months, hundreds of migrants, mainly from Eritrea and Sudan, have accepted the previous offer, which also included a free plane ticket.

Many of the immigrants, especially those from the breakaway Darfur region of Sudan, say they will face persecution in their despotic homelands. Others point to an absence of economic opportunity there.

Ever since mid-September, when the High Court of Justice overturned a law that allowed illegal migrants to be jailed for up to three years, the state has been scrambling to find a new solution to the migrant problem. At a meeting with Prime Minister Benjamin Netanyahu two weeks ago, Interior Minister Gideon Sa’ar proposed significantly raising the grant given to departing migrants.

Though Netanyahu approved the idea in principle, no final decision has yet been made, since the Prime Minister’s Office is still discussing the matter with the Finance Ministry. The Interior Ministry hopes the augmented grant will constitute a major incentive and result in hundreds of migrants leaving the country every month.