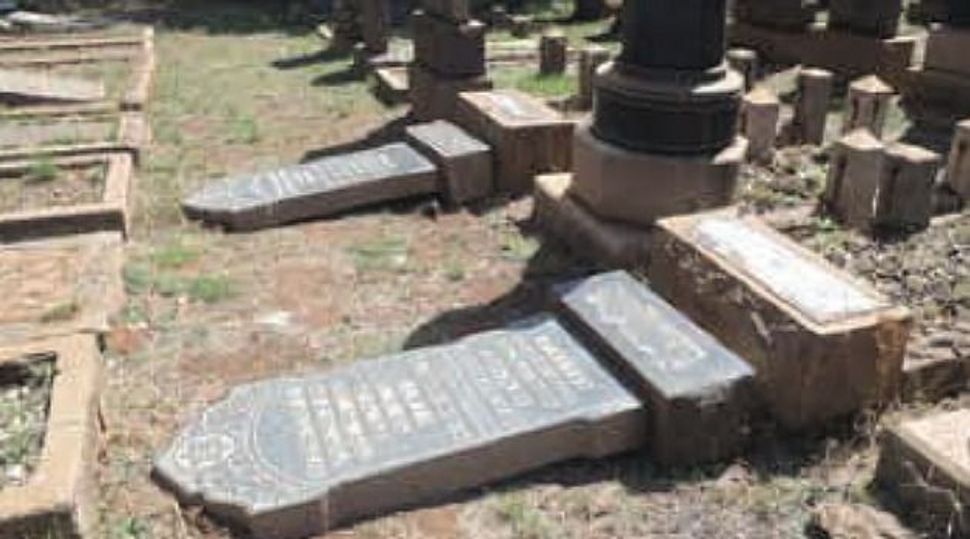 Vandals pushed over between 30 and 40 gravestones in a Jewish cemetery in a small city in South Africa.

Many of the desecrated gravestones were broken in the attack on the Jewish cemetery in Krugersdorp, a mining city in northwest South Africa, which occurred on the night of Oct. 27, according to Ryan Machet, a local resident who is trying to raise funds to build a wall around the cemetery to protect it from future attacks. An iron fence that had surrounded the cemetery reportedly was stolen.

There were once more than 1,000 Jews living in Krugersdorp, but now there are about 80 Jews in the community, the Jerusalem Post reported Thursday, citing Machet.

Representatives of the South African Jewish Board of Deputies were scheduled to come and inspect the damage.