Tunisia Suspended From Davis Cup Over Refusal To Play Israelis 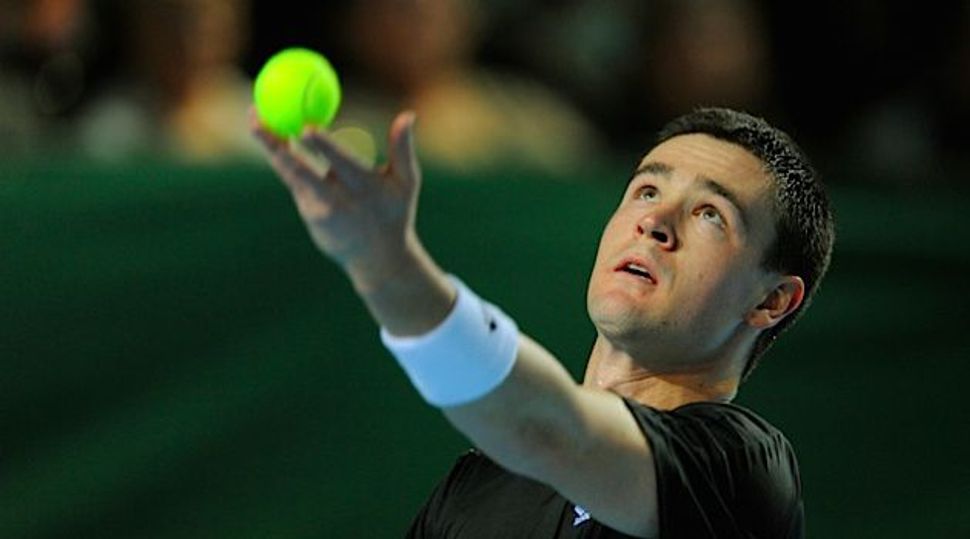 Standoff: Malek Jaziri (above) refused to play Israeli tennis plyaer Amir Weintraub in the quarter finals of teh Tashkent Challenge in October. Image by getty images

Tunisia has been suspended from next year’s Davis Cup after it ordered one of its national players to withdraw from a tournament rather than face an Israeli player.

The International Tennis Federation made the announcement on Saturday, saying in a statement that the Tunisian National team would be banned from the 2014 Davis Cup competition after “ITF Board of Directors found that the Tunisian Tennis Federation was in breach of the ITF Constitution by interfering with international sporting practice and ordering Tunisian player Malek Jaziri not to compete against Israeli player Amir Weintraub at the 2013 Tashkent Challenger in October.”

“The Board was not satisfied with the case put forward by the Tunisian Tennis Federation and voted to suspend Tunisia from the 2014 Davis Cup competition,” according to the statement, Jaziri withdrew from the tournament a day before his quarterfinals match against Weintraub, citing a knee injury.

But Jaziri’s brother Amir, who is also his coach, told the French news agency AFP that he pulled out under orders from the Tunisian Tennis Federation not to play an Israeli. An email ordering Jaziri to pull out of the match was published by Tunisia’s state news agency. The Tunisian Sports and Youth Ministry denied making such a demand.

It is believed to be the first time that a player has refused to play against an Israeli in international tennis play, according to reports.

Tunisia Suspended From Davis Cup Over Refusal To Play Israelis