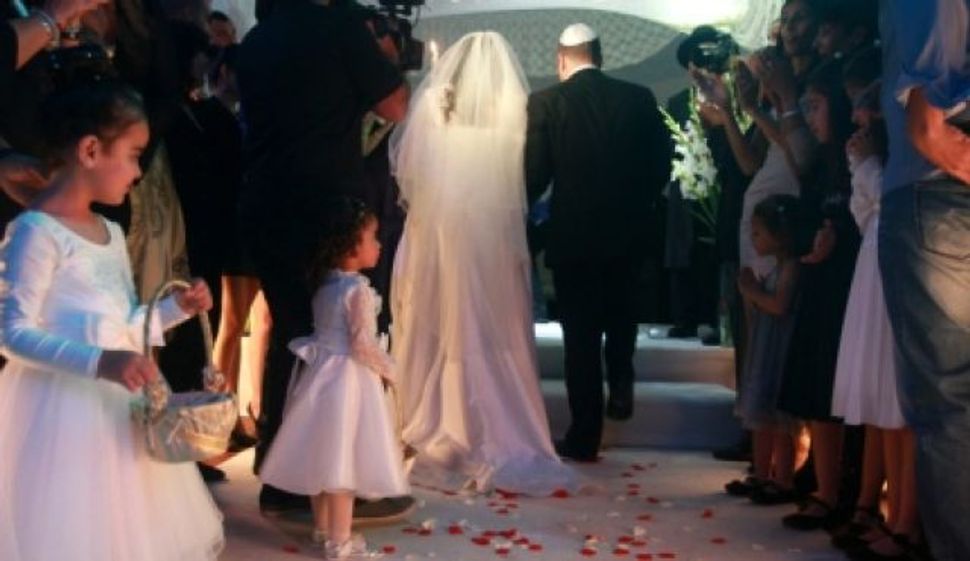 A law easing marriage restrictions was passed by the Knesset, and every citizen will now be able to choose the religious council in which his marriage will take place. This is a positive development, making things easier, but it doesn’t really solve the problem as Israelis are still bound by law to get married exclusively by Orthodox rabbis.

However, this wasn’t the only change to the law that was enacted last week. In addition to increasing the number of registration offices, there was a change to the clause which penalizes those who marry outside the Chief Rabbinate.

While the original law stated that anyone “who does not register a marriage or divorce at the Rabbinate will be charged according to the amendments to clause 99 of the Ottoman criminal code,” the new amendment stipulates that in addition to the couple getting married the officiating rabbi will also be charged. Instead of the breezy reference to the old Ottoman law, the new legislation stipulates that both husband and wife and the rabbi performing the ceremony will be subject to two years’ imprisonment.

It should be noted that the law in its previous form was never enforced, and couples marrying outside the fold were not prosecuted. However, there is no valid reason for turning hundreds of thousands of Israelis into criminals.