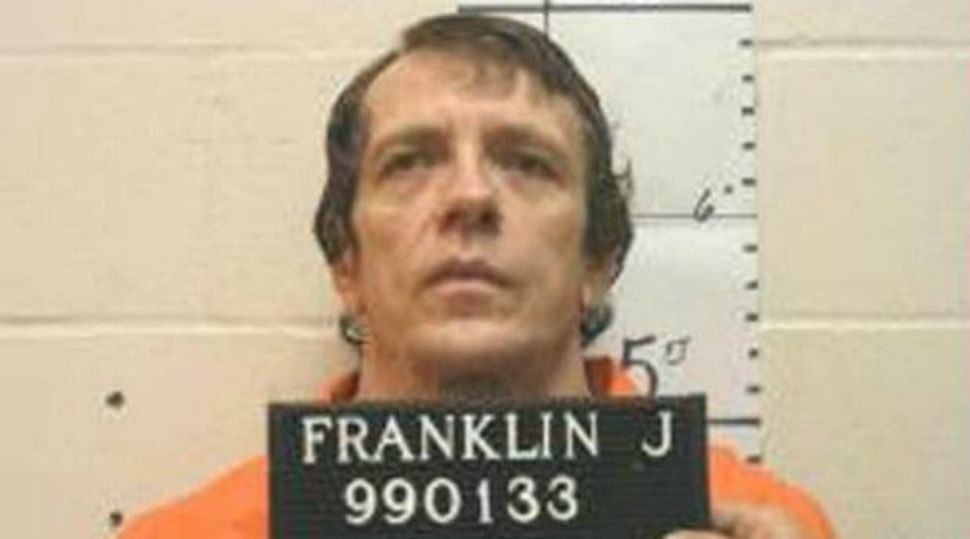 Missouri serial killer Joseph Paul Franklin, who killed one Jewish man as he left a synagogue after a bar mitzvah, was executed by lethal injection early Wednesday after the U.S. Supreme Court cleared the way for him to be put to death, a corrections spokesman said.

Franklin, 63, was pronounced dead at 6:17 a.m. CST (1217 GMT) at the Missouri Eastern Correctional Center in Bonne Terre, said Mike O’Connell, a spokesman for the Missouri Department of Public Safety.

The U.S. Supreme Court had cleared the way earlier on Wednesday for the execution to move forward, lifting two final stays that would have allowed Franklin to challenge Missouri’s new lethal drug protocol and his claim that he was too mentally incompetent to be executed.

Franklin, an avowed white supremacist, was convicted and sentenced to death for killing Gerald Gordon, 42, and wounding two other men in 1977. But he was also linked to the deaths of at least 18 other people.

Gordon was killed outside of the Brith Sholom Kneseth Israel synagogue in October 1977 as he left a bar mitzvah.

Franklin also had admitted to shooting Hustler magazine publisher Larry Flynt in 1978, paralyzing him. Flynt argued that Franklin should serve life in prison and not be executed.

Franklin was the 35th inmate executed in the United States in 2013 and the first in Missouri in nearly three years, according to the Death Penalty Information Center.

Franklin was one of nearly two dozen plaintiffs challenging the constitutionality of Missouri’s new execution protocol. In October, the state changed its protocols to allow for a compounded pentobarbital, a short-acting barbiturate, to be used in a lethal dose for executions.

The state also said it would make the compounding pharmacy mixing the drug a member of its official “execution team,” which could allow the pharmacy’s identity to be kept secret.