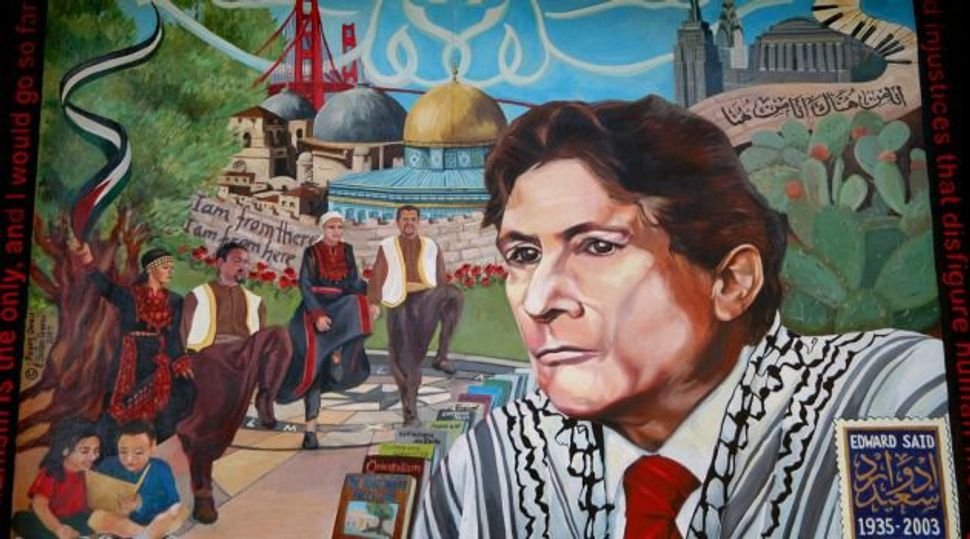 Stencils allowing attendees to paint the slogan on placards were available at a Nov. 7 event celebrating the sixth anniversary of the creation of a campus mural honoring the late Palestinian-American academic Edward Said.

According to the San Francisco Examiner, the stencils were provided at one of the tables at the event manned by various organizations.

“I am dismayed by the glorification of violence that this message conveys,” the university’s president, Les Wong, said in a statement this week, referring to the stencils. “There is no place at SF State for celebrating violence or promoting intolerance, bigotry, anti-Semitism or any other form of hate-mongering.”

Wong promised to convey his “firm commitment to a safe and civil campus environment directly to any students involved.”

Wong’s statement followed complaints to his office about the stencils by the AMCHA Initiative, a group that opposes anti-Semitism on campus.

A second stencil reportedly available at the event featured an image of Leila Khaled, a member of the Popular Front for the Liberation of Palestine who participated in a 1969 plane hijacking. She was captured the following year by Israeli air marshals as she tried to hijack a second plane.

The mural celebration was organized by the General Union of Palestinian Students and the school’s Cesar Chavez Student Center. In a statement, the Palestinian student group had urged Wong to condemn AMCHA’s reaction to its event.

“This belligerent smear campaign meant to slander the Palestinian movement on campus has directly created a hostile environment that makes it impossible for us to express our views and exercise our academic freedom,” the Palestinian student group’s statement said. The statement made no mention of the stencils.

The mural celebration was co-sponsored by several Palestinian and Arab groups, as well as the university’s Arab and Muslim Ethnicities and Diasporas Initiative.