Netanyahu Meets With Pope Francis, Invites Him To Visit Israel 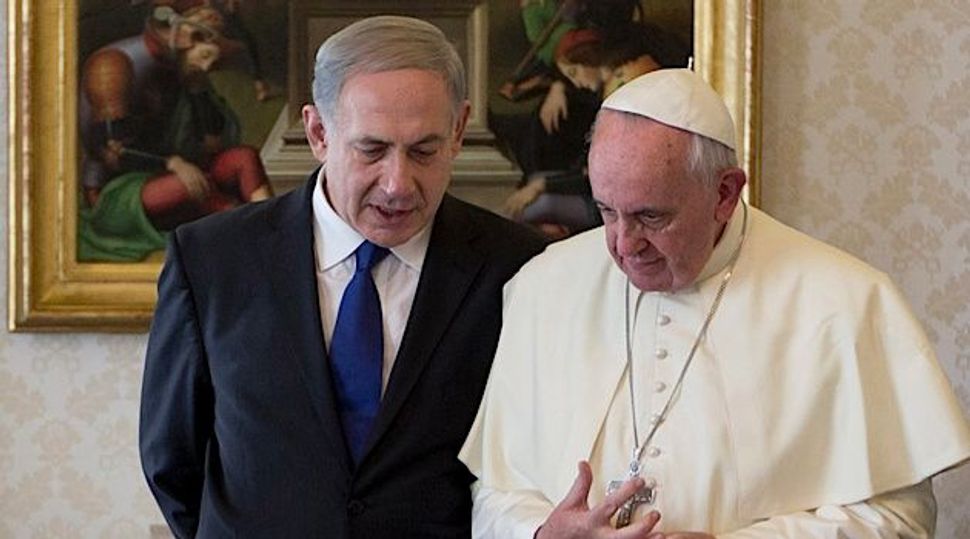 Netanyahu on Monday presented the pope with a book about the Spanish Inquisition written by his father, the late historian Benzion Netanyahu.

No date has been set for a visit by Francis to Israel, Vatican spokesman Father Federico Lombardi said.

Netanyahu on Sunday night lit Hanukkah candles at Rome’s main synagogue, where he reiterated warnings about the agreement on Iran’s nuclear program. Netanyahu kindled the menorah with Letta.

Speaking at the ceremony, the Israeli leader repeated his warnings that the recent deal on Iran’s nuclear program was a “historic error.”

Letta said he “knew Israel’s positions, doubts and fears.” He said the current economic and social crisis fed “extremism, hate and intolerance,” and he pledged to resist the “racism, intolerance and xenophobia” that were growing in Italy “in a worrying manner.”

Netanyahu Meets With Pope Francis, Invites Him To Visit Israel