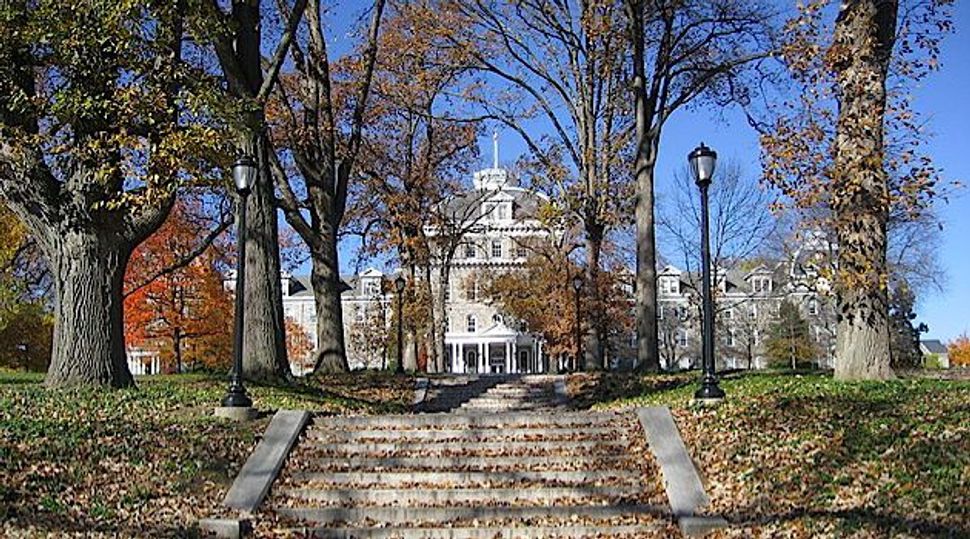 Swarthmore College’s Hillel student board voted unanimously Sunday to defy guidelines restricting whom it may host for programs on Israel and condemned the ground rules, imposed by Hillel International, for constricting Israel-related speech for Jewish students on campus.

The vote marked the first time a Hillel student board declared its intent to override the parent body’s guidelines, which prohibit a Hillel center from hosting or partnering with any group or individual that — among other things — supports sanction or boycott campaigns against Israel, or that “delegitimizes, demonizes, or applies a double standard to Israel.”

“This policy has resulted in the barring of speakers from organizations such as Breaking the Silence and [members of] the Israeli Knesset from speaking at Hillels without censorship,” the resolution said.

Breaking the Silence, a group composed of Israeli army veterans, has been barred at some Hillel centers for its focus on discussing ways in which it says the demands of military service in the Israeli-occupied West Bank corrode soldiers’ moral standards, and those of the Israeli Army itself.

Although the Swarthmore Hillel has not yet invited controversial speakers to campus, what is important is that the center can in the future if and when there is a student demand to hear the views of such speakers, said Joshua Wolfsun, a Swarthmore undergrad and director of communications for the Hillel.

According to Wolfsun, Swarthmore Hillel has little worry about regarding local censure or financial repercussions that might come from inviting speakers to campus who are not regarded as pro-Israel. “We had a fair amount of autonomy on this decision,” Wolfsun said. “We are funded by our own endowment and have no board of overseers.”

Wolfsun said that since passing its resolution, the Swarthmore Hillel had sent two emails to Hillel President and CEO Eric Fingerhut but has yet to hear back from him. The Hillel of Greater Philadelphia, with which the Swarthmore center is affiliated, has also not yet been in touch, he said. Representatives for neither of these organizations were immediately available for comment for this article.

In approving the resolution, Swarthmore Hillel’s student board declared itself an “open Hillel,” invoking a movement founded in late 2012 by that name. The Open Hillel movement bills itself as a “student-run campaign to encourage inclusivity and open discourse at campus Hillels,” specifically in regard to changing the “standards of partnership” enumerated in Hillel International’s guidelines on what kind of Israel programs Hillel centers may and may not host.

“All are welcome to walk through our doors and speak with our name and under our roof, be they Zionist, anti-Zionist, post-Zionist, or non-Zionist,” the Swarthmore center declared in its statement.

The student board cited a recent decision by the Hillel center at Harvard University to bar Abraham Burg, a former speaker of the Israeli Knesset and Jewish Agency chairman, from speaking under its roof as an immediate cause for its decision. The Harvard Hillel center objected to the fact that Burg’s talk was cosponsored by Harvard College’s Palestinian Solidarity Committee.

Invoking the Roman-era rabbi known for his tolerance, after whom the organization is named, the board stated, “We believe these guidelines…are antithetical to the Jewish values that the name ‘Hillel’ should invoke. We seek to reclaim this name. We seek to turn Hillel — at Swarthmore, in the Greater Philadelphia region, nationally, and internationally – into a place that has a reputation for constructive discourse and free speech.”