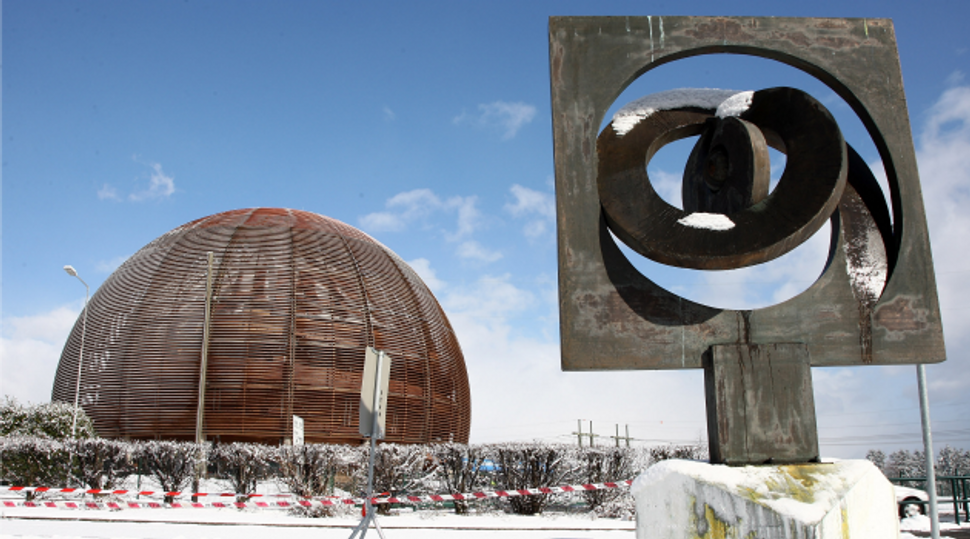 Israel was admitted as a full member of the prestigious European nuclear physics lab CERN.

A formal signing ceremony will be held next month.

“This is a very special moment for Israeli science and Israel,” said Eliezer Rabinovici, chair of the Israeli Academy of Science’s National Committee for High Energy Physics. “It reflects decades in which many Israeli scientists, technicians and Israeli industry have contributed significantly to the European scientific effort at CERN.

“It also has a sense of return. We are becoming full members of the crew at a most exciting period in which CERN is about to scan new horizons.”

The laboratory, known for its giant underground atomic collider, the Large Hadron Collider, is located in Switzerland. Israeli scientists have collaborated with CERN for many years, including on projects involving the collider.

Israel became the first associate member of CERN in September 2011 after the council voted to expand its membership. Israel’s formal association with CERN began in 1991, when the country was granted observer status in recognition of the major involvement of Israeli institutions in the lab’s OPAL experiment, and to the running of the Large Electron Positron accelerator.

“The Israeli scientific community has brought a great deal to CERN over the years,” said CERN Director General Rolf Heuer. “I am looking forward to welcoming Israel as our 21st Member State and to intensifying our collaboration.”