American Jew Who Vanished in Iran Was on Rogue CIA Mission 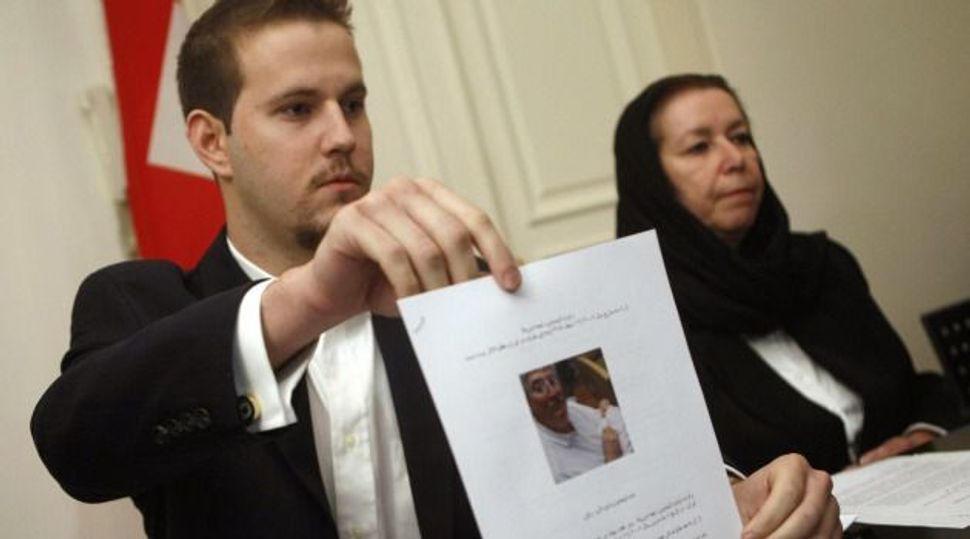 Gone Missing: Daniel Levinson shows a picture of his father, ex-FBI agent Robert Levinson during a press conference with his mother Christine in 2007. Image by Getty Images

An American Jewish man who disappeared in Iran in 2007 had been working for the CIA in a rogue operation, an American newspaper reported.

Robert Levinson, a retired FBI agent, traveled to the Iranian island of Kish in March 2007 to investigate corruption at a time when he was discussing the renewal of a Central Intelligence Agency contract he had held for several years, according to a report Friday by the Washington Post.

He also inquired about getting re­imbursed for the Iran trip by the CIA before he departed, unnamed U.S. intelligence officials told the paper.

After he vanished, CIA officials told Congress in closed hearings as well as the FBI that Levinson did not have a current relationship with the agency and played down its ties with him. Agency officials said Levinson did not go to Iran for the CIA.

In November, the White House press office said Levinson was on a business trip and requested the Iranian government’s help in finding him. His family obtained gthe last sign of life from him in 2011. He was seen in chains wearing an orange jumpsuit while holding up an A4 sheet of paper that read: “4TH YEAR… You Cant or you don’t want…?” .

Months after Levinson’s abduction, e-mails and other documents surfaced that suggested he had gone to Iran at the direction of CIA analysts who had no authority to run operations overseas, The Post reported. That revelation prompted a major internal investigation that had wide-ranging repercussions, officials told the Post, speaking on the condition of anonymity.

The CIA leadership disciplined 10 employees, including three veteran analysts who were forced out of their jobs, the officials added.

The agency changed the rules outlining how analysts conduct business with contractors, including academics and other subject-matter experts who don’t work at the CIA, making it harder for agency employees to have such relationships.

The CIA ultimately concluded that it was responsible for Levinson while he was in Iran and paid $2.5 million to his wife, Christine, former U.S. intelligence officials told the Post. The agency also paid the family an additional $120,000, the cost of renewing Levinson’s contract.

American Jew Who Vanished in Iran Was on Rogue CIA Mission