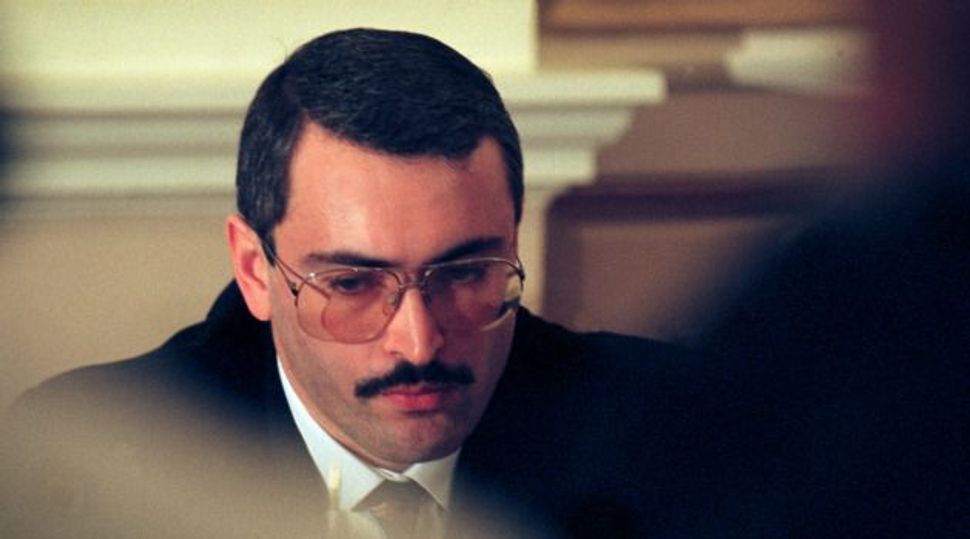 Mikhail Khodorkovsky, once Russia’s richest man, left prison on Friday after a pardon from President Vladimir Putin ended a decade in jail that many saw as the fallen oil tycoon’s punishment for daring to challenge the Kremlin.

Russia’s federal prison service said Khodorkovsky was heading for Germany following his release and that his mother, Marina, was undergoing medical treatment there. A German police official said he was en route to Berlin and was expected to land on Friday afternoon.

Khodorkovsky was freed a day after Putin unexpectedly announced he would release one of his most powerful critics. A government source said the move could deflect criticism over Putin’s human rights record as Russia prepares to host the Winter Olympics in February.

“He has left the camp. That’s all I can say,” Khodorkovsky’s lawyer Vadim Klyuvgant told Reuters by telephone.

Putin surprised Russians and cheered the business community by announcing he would free the 50-year-old businessman because his mother was ill. Investors said it could ease entrepreneurs’ fears of the Kremlin exploiting the courts for political ends.

In a presidential decree signed on Friday, Putin said he was “guided by the principles of humanity”.

Putin had said after a four-hour, end-of-year news conference on Thursday that Khodorkovsky asked for clemency. This took his lawyers by surprise and they said they were checking with their client.

He was scheduled for release next August but supporters had feared the sentence might be extended, as it was once before.

Reporters waiting outside Penal Colony No. 7 at Segezha, near the Finnish border, 300 km (200 miles) south of the Arctic Circle, did not see Khodorkovsky leave. He has spent the past few years working in the camp, in an area that was once a notorious part of Stalin’s Gulag system of labour camps.

In the eyes of critics at home and abroad, his jailing was a significant stain on the record of Putin, 60, who was first elected president in 2000 and has not ruled out seeking another six-year term in 2018.

Khodorkovsky came to represent what critics say is the Kremlin’s misuse of the judicial system, curbing the rule of law, and of its refusal to permit dissent.

The authorities deny this, saying judges are independent and that Putin has not cracked down on opponents. The president has, however, singled Khodorkovsky out for bitter personal attacks in the past and ignored many calls for his release.

Thursday’s surprise announcement underlined Putin’s confidence that he has reasserted his authority and is in full control of Russia after seeing off street protests and winning a third presidential term in March 2012.

Putin would not have allowed Khodorkovsky’s release if he saw him as a threat, political strategist Gleb Pavlovsky told Ekho Moskvy radio. “Khodorkovsky is Putin’s prisoner,” he said.

With reporters scrambling for scraps of information and a glimpse of Khodorkovsky, his release echoed the arrival in Russia last summer of former U.S. spy agency contractor Edward Snowden, who was kept from the public eye for weeks in what appeared to be a tightly choreographed game of cat-and-mouse.

Putin said two members of the Pussy Riot protest group will also be freed, under an amnesty passed by parliament this week.

Khodorkovsky had been in jail since his arrest in October 2003 in what supporters say was part of a Kremlin campaign to punish him for political challenges to Putin, gain control of his oil assets and warn other tycoons to toe the line.

The oil baron fell out with Putin before his arrest as the president clipped the wings of wealthy “oligarchs” who had become powerful during the chaotic years of Boris Yeltsin’s rule following the collapse of Soviet communism.

His company, Yukos, was broken up and sold off, mainly into state hands, following his arrest at gunpoint on an airport runway in Siberia on fraud and tax evasion charges.

Yukos’s prize production asset ended up in the hands of state oil company Rosneft, which is now headed by close Putin ally Igor Sechin. Sechin said on Friday that he saw no threat of legal action from Khodorkovsky, state-run news agency Itar-Tass reported.

Russian shares initially rose after Putin’s announcement on Thursday but later settled back.

A sustained rally would require “a consistent track record of implementation of market-friendly reforms – in particular, of steps to improve the judicial system, so that decisions are more predictable and property rights better protected”, a Moscow-based economist at an investment bank said.

Putin has staked a great deal of personal prestige on the Winter Games at Sochi on the Black Sea and is under fire abroad over a law banning the spread of “gay propaganda” among minors.

A government source said the pardons would deprive Western critics of a cause: “I think the decision to free Pussy Riot and Khodorkovsky was taken just before the Olympic Games so that they will not be able to wield this banner against Putin.”

U.S. President Barack Obama and the presidents of France and Germany will skip the Olympics, and the United States has named openly gay athletes as members of its delegation in an apparent message to Putin.

Putin’s amnesty is also expected to end the prosecution of 30 people arrested in Russia over a Greenpeace protest against oil drilling in the Arctic and allow the 26 foreigners among them to go home.

They faced up to seven years in prison if convicted in another case that has harmed Putin’s image in the West.