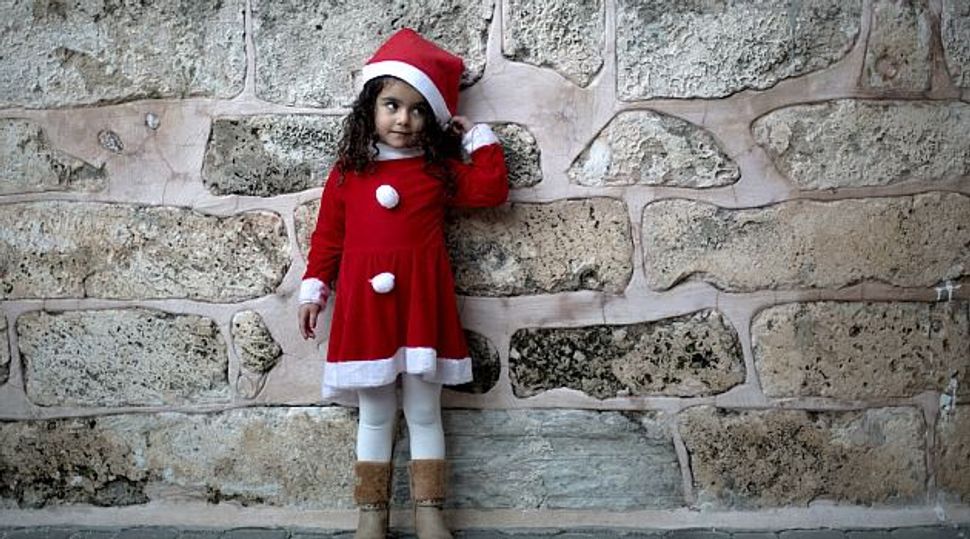 Gaza Christmas: Palestinian girl waits to attend church in Gaza city as preparations for holiday shift into gear across the Holy Land. Image by getty images

Thousands of tourists and Christian pilgrims gathered in Bethlehem for Christmas Eve.

Many will attend midnight mass at the Church of the Nativity, where the patriarch of Jerusalem, Archbishop Fouad Twal, will deliver a sermon. Twal is expected to condemn Israeli settlement during the sermon, which reportedly will be attended by Palestinian Authority President Mahmoud Abbas and European Union foreign policy chief Catherine Ashton.

This year’s turnout reportedly is higher than in previous years.

The Israeli Defense Forces last week announced that it would facilitate the visit of an “unlimited” number of Christian Palestinians from the West Bank to Israel, and authorize 200 special permits for Palestinians who reside abroad to visit the West Bank during Christmas.

Some 500 Palestinian Christians from Gaza, under aged 16 and over 35, also are being allowed to visit Israel and the West Bank during the holiday season.