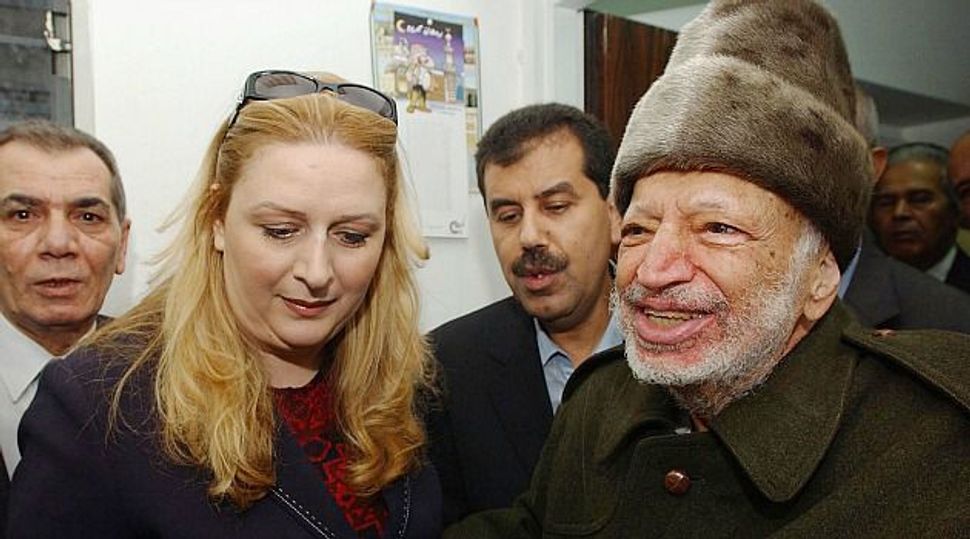 The Swiss said last month that their tests were consistent with polonium poisoning, while not absolute proof of the cause of death. But the Russian finding was in line with that of French scientists who said earlier this month that Arafat had not been killed with polonium.

“Yasser Arafat died not from the effects of radiation but of natural causes,” Vladimir Uiba, head of Russia’s state forensics body, the Federal Medico-Biological Agency, was quoted as saying by Interfax.

Arafat, who signed the 1993 Oslo interim peace accords with Israel but then led an uprising in 2000, died at 75 in a French hospital in 2004, four weeks after falling ill following a meal in his Ramallah compound surrounded by Israeli tanks.

The official cause of death was a massive stroke, but French doctors said at the time they were unable to determine the origin of his illness. No autopsy was carried out.

Arafat’s widow, Suha Arafat, has argued the death was a political assassination by someone close to her husband. Many Palestinians believe Israel killed him – a charge Israel denies.

The Palestinian ambassador to Moscow, Faed Mustafa, said the Russian findings would not halt efforts to investigate the cause of death, state-run Russian news agency RIA reported.