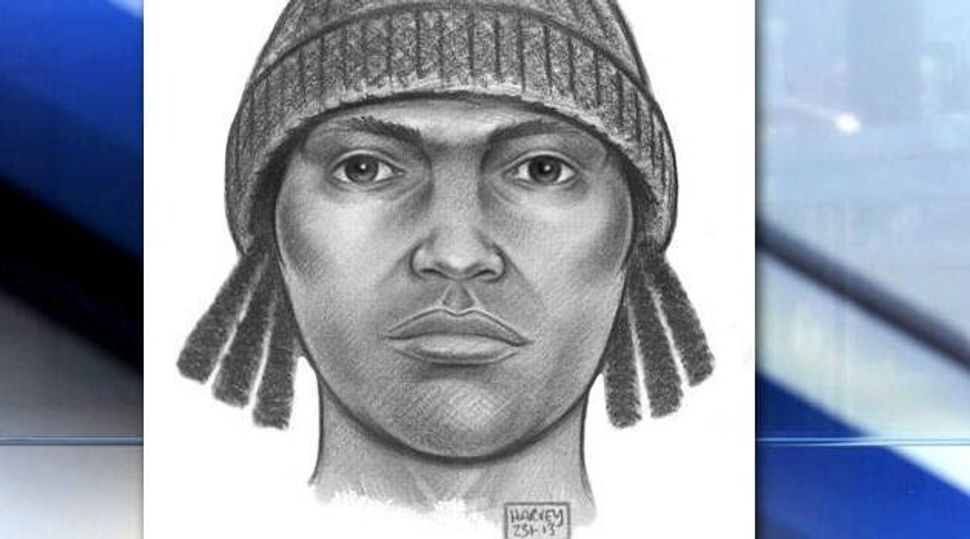 Hate Crime: Police composite sketch of Brooklyn man charged with attacking seven Hasidic Jewish women, including one who is 78. Image by NYPD

A Brooklyn, N.Y. man was arrested and charged for his involvement in seven so-called knockout game attacks.

Baldwin was arrested on Dec. 28 by the NYPD’s Hate Crimes Task Force.

The victims were all Jewish women, ages 20 to 78. One of the women was holding a small child, who she fell on top of during the attack.

“This arrest is welcome news to all of us, but I continue to urge caution. No one in our community should live in fear, but prudence is always advisable,” New York Assemblyman Dov Hikind said in a statement.

In the so-called knockout game, attackers try to knock out someone with one punch. Other incidents of knockout attacks have occurred in New Jersey, Pennsylvania and Washington, D.C., as well as other U.S. states, according to reports.

A Long Island man was arrested in mid-December in connection with four other knockout attacks that date back as far as April.