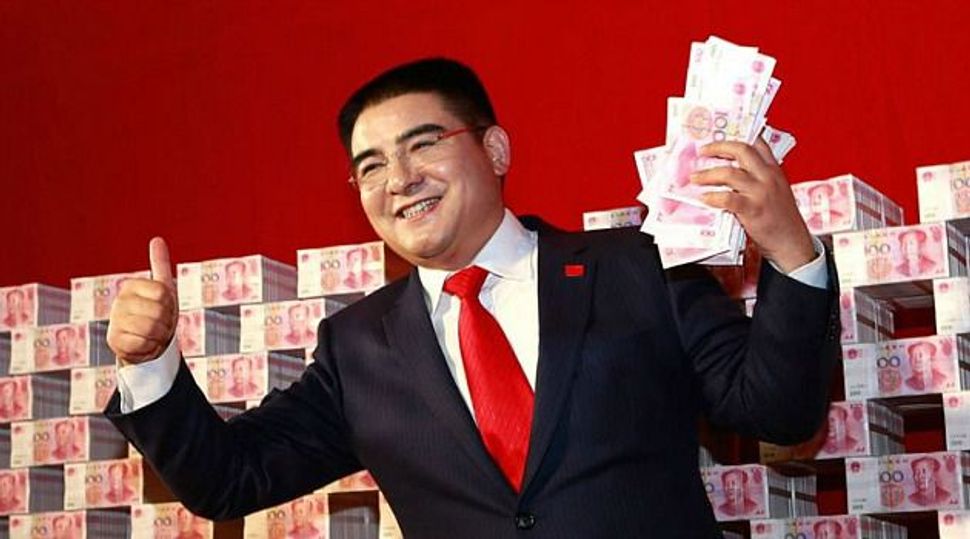 A Chinese businessman who is determined to buy an American newspaper said he is just as smart as the Jews who own some of those newspapers.

Chen Guangbiao, chairman of Jiangsu Huangpu Recycling Resources, who made his fortune in recycling construction materials in China, announced late last month that he would travel to New York to meet with shareholders of the New York Times in order to acquire the newspaper. His premature announcement led to the cancellation of the Jan. 5 meeting, according to Forbes.

Earlier this week, Chen said in an interview with Sinovision, a New York-based Chinese television station, that he was investigating whether The Wall Street Journal is for sale.

He said in the interview, according to the South China Morning Post, that he was aware that many American newspapers are owned by Jews, and that his IQ, or intelligence quotient, and EQ, or emotional quotient, are “equally competent” as those Jewish owners.

He also added that he is “very good at working with Jews,” according to the Post.