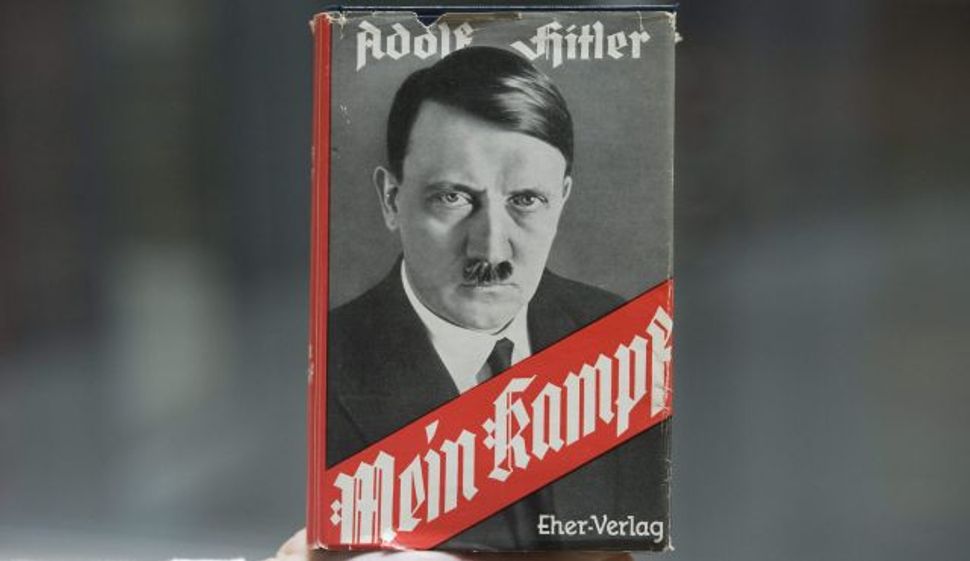 Sales of the ebook edition of Adolf Hitler’s infamous Mein Kampf are surging, prompting concern from Nazi-hunters and those who track online hate.

The late Nazi leader’s ebook memoir has hit the bestseller charts of Amazon and iTunes, claims Boston journalist Chris Faraone. He wrote that “more than a dozen free English-language versions of Mein Kampf have been downloaded in excess of 100,000 times from the nonprofit Internet Archive alone.” At the same time, sales of its print edition have remained stagnant for years, selling only a few thousand copies.

Some have attributed the memoir’s ebook success to the privacy that the digital medium has afforded readers, noting that people might be embarrassed to read the book in public.

“It’s a little bit complicated,” he said. “The argument has always been that it’s a part of history and people want to know what Hitler said… but there could also be people with more than just curiosity but an ideological commitment to it.”

The intellectual curiosity of Western history-buffs might not be reason for concern, but according to Cooper, we don’t actually know where the ebooks are selling. And given the low costs and easy access, it’s likely that the books could be ending up in the hands of actual anti-Semites. “You have people all over the globe downloading it,” he said.

In places like Germany, where the late Nazi leader’s memoir has long been banned, the internet has made the book not only widely accessible, but also very affordable. The memoir’s ebook version can be purchased on sites like Amazon for only 99 cents.

Though many might read it due to historical interest, in some countries across Europe and the Middle East, Cooper claimed, the late Nazi leader has become a source of inspiration.

“It’s a combination of many different ingredients, and I’m not particularly shocked,” he said.