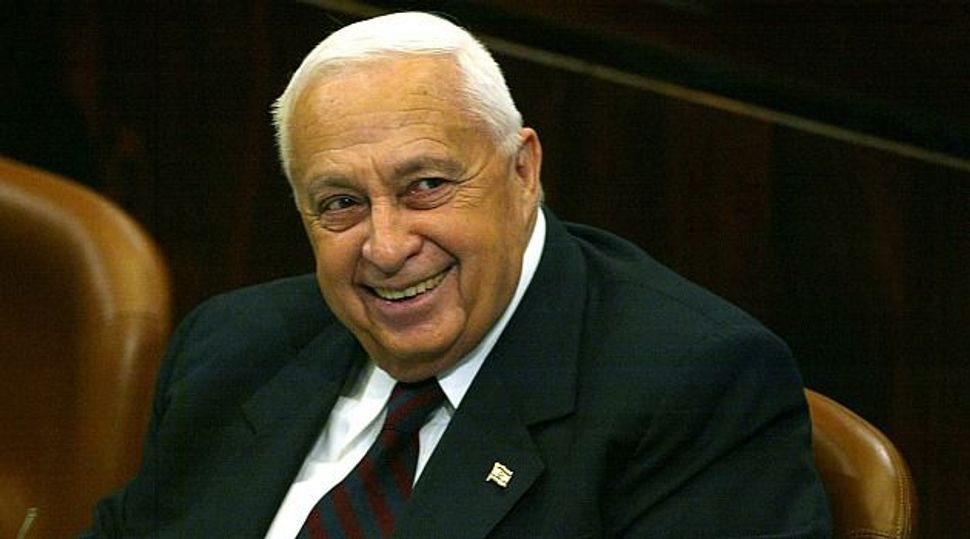 Obama called Sharon – who died at age 85 on Saturday and had been in a coma for the entirety of Obama’s presidency – “a leader who dedicated his life to the state of Israel.” He said he sent his “deepest condolences” to Sharon’s family.

The United States has long been a critical ally of Israel. But Obama has had a strained relationship with the current Israeli prime minister, Benjamin Netanyahu, on issues including Israel’s settlement policies – championed by Sharon – and the current U.S. diplomatic drive to prevent Iran from developing nuclear weapons capability.

At the same time, U.S. Secretary of State John Kerry is leading a renewed effort to broker an agreement on a “two-state solution” in which Israel would exist peacefully alongside a new Palestinian state created in the West Bank and the Gaza Strip, lands seized by Israel in the 1967 war.

“We reaffirm our unshakable commitment to Israel’s security and our appreciation for the enduring friendship between our two countries and our two peoples,” Obama said in a statement released by the White House.

“We continue to strive for lasting peace and security for the people of Israel, including through our commitment to the goal of two states living side-by-side in peace and security,” the Democratic president added.

Obama will not attend the memorial service for Sharon, with Biden instead leading the U.S. delegation. Sharon had been in a coma since suffering a stroke at the height of his power as prime minister in January 2006. Obama took office in 2009.

State Department spokeswoman Jen Psaki said Kerry also will not attend the funeral “due to previously scheduled meetings in Paris focused on the situation in Syria and the Middle East peace process.”

Kerry issued a more personal statement concerning Sharon, referring to him by his nickname, Arik.

“During his years in politics, it is no secret that there were times the United States had differences with him. But whether you agreed or disagreed with his positions – and Arik was always crystal clear about where he stood – you admired the man who was determined to ensure the security and survival of the Jewish State,” Kerry said in a statement.

“I will never forget meeting with this big bear of a man when he became prime minister as he sought to bend the course of history toward peace, even as it meant testing the patience of his own longtime supporters and the limits of his own, lifelong convictions in the process,” Kerry said of the burly Sharon.

Obama’s remarks about Sharon also were restrained compared with a statement by former President George W. Bush, who formed a close alliance with Sharon during his time in the White House and offered full-throated praise.

“I was honored to know this man of courage and call him friend. He was a warrior for the ages and a partner in seeking security for the Holy Land and a better, peaceful Middle East. Laura and I send our heartfelt condolences to Ariel’s family and all who will dearly miss him,” Bush said.

Sharon was a controversial figure who was despised by many over a massacre of hundreds of Palestinian civilians in refugee camps by Israeli-allied Christian Lebanese militiamen, for championing Jewish settlement building on captured land and other issues.

As prime minister from 2001 to 2006, he served during a Palestinian uprising that erupted in 2000 and presided over an Israeli military crackdown after peace talks collapsed. But he also broke sharply with his former allies in Israel’s settlement movement when he withdrew Israeli soldiers and settlers from Gaza in 2005 in a pursuit of dialogue with the Palestinians.

Former President Bill Clinton and his wife, former Secretary of State Hillary Clinton, said in a statement that “it was an honor to work with him, argue with him, and watch him always trying to find the right path for his beloved country.”