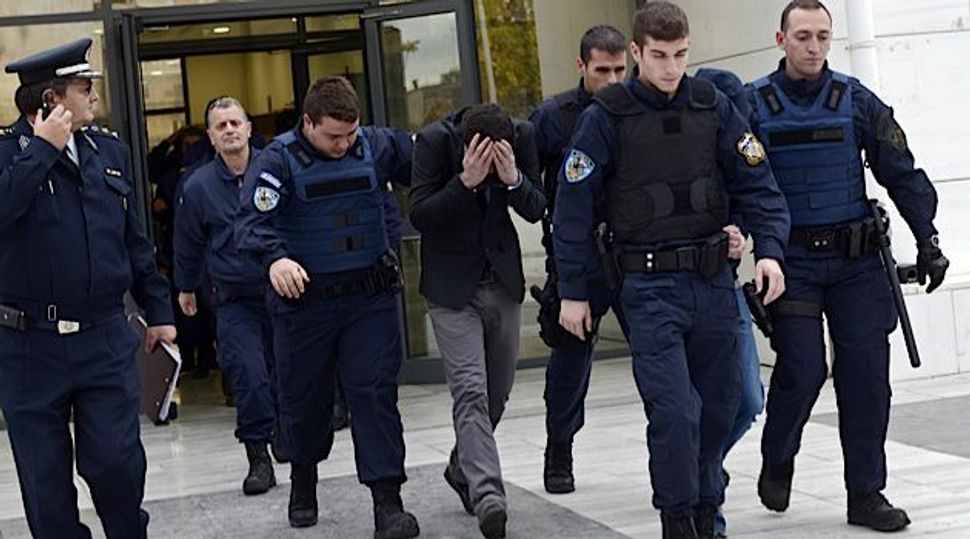 Three more far-right Golden Dawn lawmakers have been detained pending trial in Greece on charges of belonging to a criminal group, as part of a crackdown on the party following the killing of an anti-fascist rapper by one of its supporters last year.

The stabbing of Pavlos Fissas in September, to which a Golden Dawn sympathiser has confessed, provoked protests across the country, a shake up of the police and a broad investigation into the party.

Party leader Nikos Mihaloliakos and dozens more senior party officials were arrested last September, riveting a country which has not witnessed a mass round-up of elected politicians since a military coup nearly five decades ago.

Golden Dawn members have been charged on evidence linking the party with a string of attacks, including Fissas’s stabbing and the killing of an immigrant last year.

The party, whose six out of 18 lawmakers including Mihaloliakos have been remanded in custody until their trial, called the probe by investigating magistrates “a parody”.

“We’re talking about the biggest judicial coup in Greece’s modern political history,” the party said on its website on Sunday.

Lawmakers Yorgos Germenis, Panagiotis Iliopoulos and Stathis Boukouras denied the charges against them in marathon plea sessions on Saturday and Sunday. Golden Dawn denies any involvement in Fissas’s killing.

“Golden Dawn is a legitimate political party taking on a sincere political struggle,” Iliopoulos told reporters outside the court, flanked by dozens of flag-waving supporters, some chanting the party’s slogan of “Blood! Honour! Golden Dawn!”.

Party supporters who waited outside the court jeered when the verdict for two of the lawmakers was announced just before midnight on Saturday, hurling insults and water bottles at gathered journalists.

Golden Dawn, whose emblem resembles a swastika and whose members have been seen giving Nazi-style salutes, rose from being a fringe party to win 18 seats in parliament in elections in 2012. It rejects the neo-Nazi label.

Despite accusations of brutality, it has drawn on anger over the debt crisis, budget cuts, high unemployment and corruption to become Greece’s third most popular political force, although it lost some support after the killing.