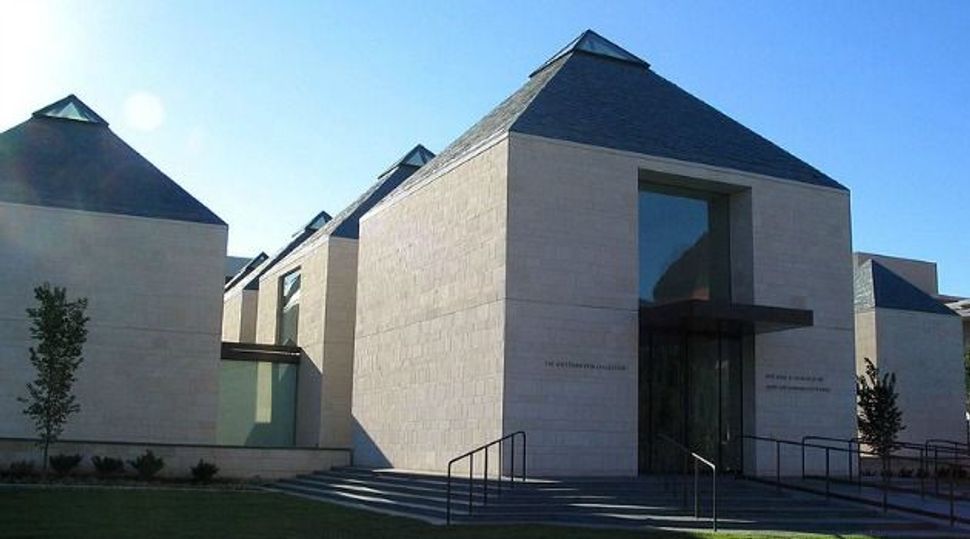 Nazi Loot: ?Shepherdess Bringing in Sheep,? by Camille Pissarro has been hanging in the university?s Fred Jones Jr. Museum of Art (above) since 2000. Image by Wikimedia Commons

A French woman is suing the University of Oklahoma to recover a Nazi-looted painting that was taken from her father.

Leone Meyer, the daughter of Raoul Meyer, a Jewish businessman in Paris during the Nazi occupation of France, is attempting to recover the 1886 impressionist work “Shepherdess Bringing in Sheep,” by Camille Pissarro, the Oklahoman reported this week.

It has been hanging in the university’s Fred Jones Jr. Museum of Art since 2000.

Raoul Meyer collected a large number of French impressionist paintings before World War II. His art collection was seized by the Nazis during the occupation of France and the Vichy government.

After the war he worked to recover the looted paintings. In 1953, he sued Swiss art dealer Christoph Bernoulli, who had bought the Pissarro work. A Swiss judge dismissed the suit, saying a five-year window for such lawsuits had passed. The museum has cited the Swiss suit to prove that it can keep the painting.

The painting changed hands several times before being donated to the university in a bequest from Aaron and Clara Weitzenhoffer.