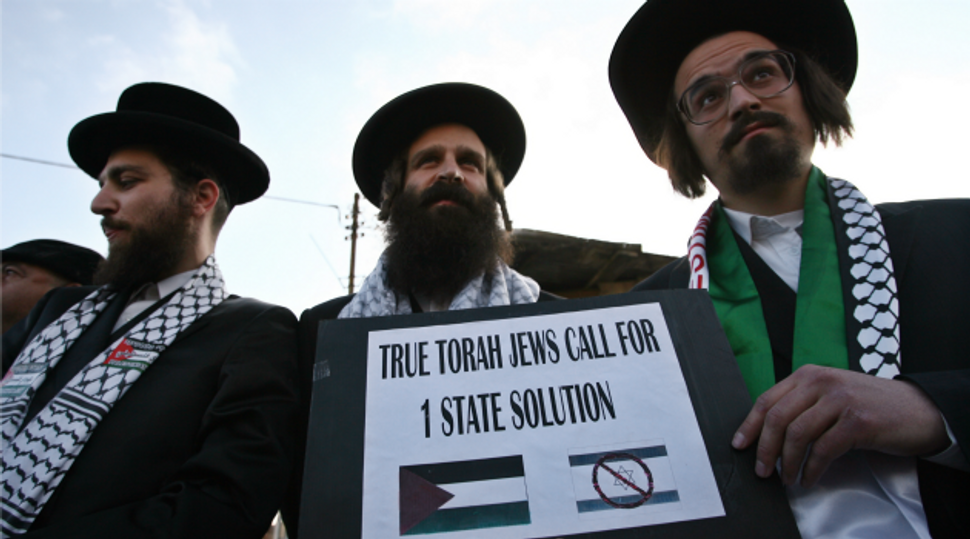 A member of the anti-Zionist haredi Orthodox Neturei Karta sect who offered to spy for Iran was sentenced to four-and-a-half years in prison under a plea bargain.

The Jerusalem District Court approved the sentence on Tuesday.

Yitzhak Bergil, 47, was arrested by the Shin Bet security service and Israeli police in July. He was charged with espionage and assisting an enemy in time of war.

Bergil reportedly visited the Iranian Embassy in Berlin in January 2011 and offered to spy on behalf of the Islamic Republic. The indictment said that he met with three men at the embassy and told them that he planned to replace the Israeli government with one controlled by gentiles, and that he was willing to murder a Zionist.

He was given an Iranian email account and the phone number of the embassy.

He checked the email account at Internet cafes after he returned to Israel and called the embassy from payphones. He reportedly received financial compensation for his efforts.

He confessed to the contacts upon his arrest, according to the indictment. He reportedly expressed remorse for his actions.

Neturei Karta is a tiny haredi sect whose members are fiercely anti-Zionist because they believe a Jewish state can only be established by the messiah.