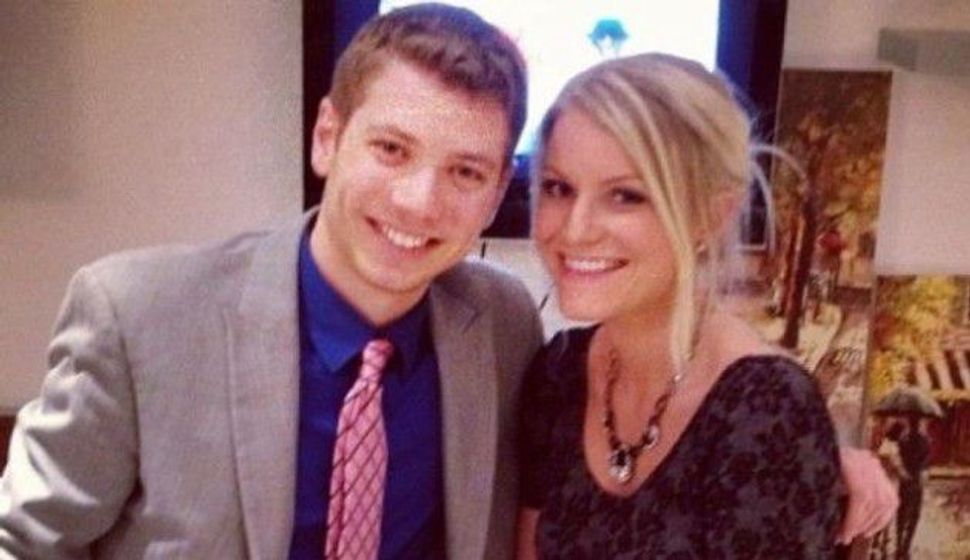 Jewish Issue? Some Israeli leaders are pointing to the relationship between Benjamin Netanyahu?s son and a non-Jewish woman as evidence that he is less than committed to Jewish continuity. Image by Facebook

The son of Benjamin Netanyahu is not dating a non-Jewish Norwegian girl, an official in the Israeli Prime Minister’s Office reportedly told the head of the haredi Orthodox Shas party.

Israel’s Channel 10 reported Wednesday that the official told Aryeh Deri in a meeting that Yair Netanyahu, 23, and Sandra Leikanger, 25, who both study at the Interdisciplinary Center in Herzliya, only study together and are not dating.

Deri publicly criticized the prime minister for his son’s choice of romantic involvement, saying on Monday in an interview with the haredi radio station Kol Barama, “Woe is us if it is true.”

“I try not to raise personal criticism, but if, heaven forbid, this is true it is no longer a personal matter — it is a symbol of the Jewish people,” he said.

Deri also said he was concerned about how the relationship would appear to people “who invest tens of millions, hundreds of millions to fight assimilation throughout the world.”

The prime minister’s official also denied that Netanyahu had spoken of the relationship with Norwegian Prime Minister Erna Soldberg last week at the Davos Economic Forum, as has been reported in Israeli media.