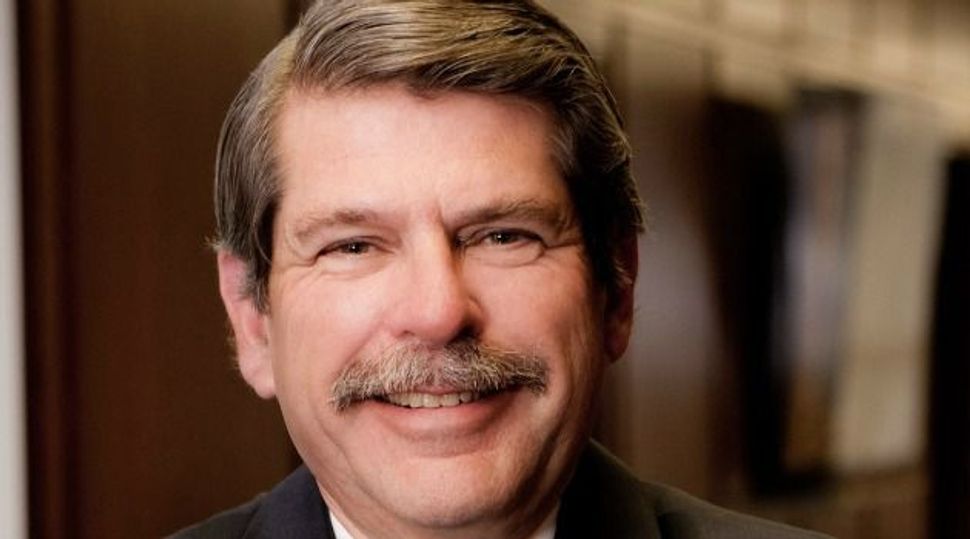 Two prominent Southern California Democrats – a Taiwan-born state senator and former Los Angeles controller Wendy Greuel – have jumped into the race to fill a congressional seat being vacated by the retirement of veteran Rep. Henry Waxman.

Veteran Los Angeles County Supervisor Zev Yaroslavsky, a longtime Jewish leader and political ally of Waxman who is being forced to resign his post in December by terms limits after a 20-year tenure, is also considering a run for the congressional seat.

Several others are regarded as potential contenders for a highly coveted and safely Democratic seat in a campaign that political experts predict will be congested, competitive and very costly.

“It’s going to be a cast of thousands,” said Garry South, a longtime California Democratic strategist, noting that while the district has been reconfigured several times, Waxman held the seat for 40 years before retiring at age 74, and that Congress has no term limits.

“So if a Democrat wins, and a Democrat will surely win, that person can probably stay there for a lifetime if they mind their Ps and Qs,” he said.

Ted Lieu, whose state Senate district covers more than 80 percent of the 33rd California congressional district represented by Waxman and who touts his humble roots as a Taiwanese immigrant, announced his candidacy on Friday.

Ex-controller Wendy Greuel, who also served as a Los Angeles City Council member and finished second in last year’s mayoral race, declared her intention to run on Monday, not long after Waxman revealed he was stepping down at year’s end after 40 years in Congress.

Greuel is married to a Jew and campaigned heavily for Jewish votes in the mayoral race.

Lieu, Greuel and any other candidates will face off on June 3 under California’s open-primary system, in which candidates of all political affiliations compete on a single ballot. The top two vote-getters advance to the general election run-off in November.

They join two lesser-known candidates who announced they were running for Waxman’s seat as independents before he said he would retire – television producer Brent Roske and self-help author Marianne Williamson.

Yaroslavsy’s chief of staff, Joel Bellman, said his boss has not had a chance to consider yet whether to seek Waxman’s seat.

Democratic State Assemblyman Richard Bloom, a former Santa Monica city councilman and mayor whose district is mostly nestled inside the Waxman’s district, said he is “giving serious thought” to joining the race.

Yet another potential candidate is wealthy businessman Bill Bloomfield, who mounted an unsuccessful independent bid against Waxman in 2012, emerging as runner-up in a primary field of seven challengers and garnering 46 percent of the vote in the general election. He spent more than $7 million of his own money in the campaign.

A decision by Bloomfield, a former Republican, to run again would likely drive up the financial stakes in the race overall.

But South gave Bloomfield little if any chance of prevailing over a Democrat in a head-to-head matchup for Waxman’s seat in the general election.

Waxman’s district is regarded a one of the most liberal and affluent in the country, encompassing much of the wealthy west side of Los Angeles, as well as Beverly Hills, Santa Monica and other beach front communities. President Barack Obama carried the district with nearly 61 percent of the vote in 2012.

South said it was way too soon to handicap possible front-runners in the race.

Lieu, 44, seemed to stand a strong chance given that his state Senate district and the 33rd congressional district in California so closely align geographically.

A U.S. Air Force veteran who served as a military prosecutor, Lieu served in the California Assembly before he was elected to the state Senate in 2011 and he boasted early endorsements of 25 other elected officials.

He recently gained attention as the author of legislation, signed into law expanding the state’s existing shield law for journalists and banning controversial “gay conversion” therapies aimed at reversing homosexuality in children.

An immigrant of Taiwan whose parents came to the United States when he was 3, Lieu said a priority for him in Congress would be to press for passage of immigration reform.

He said he was starting the race with $760,000 in surplus contributions from his last state Senate race, much of which he hoped donors would be willing to redirect to his new campaign.

But a spokesman for Greuel, 52, acknowledged that she still faced a large debt from her failed mayoral bid but noted that she raised $7.2 million in that campaign.

“This isn’t about having $700,000 in the bank. It’s about having a $7 million fund-raising network,” Sean Clegg told Reuters. Much of her support came from organized labor.