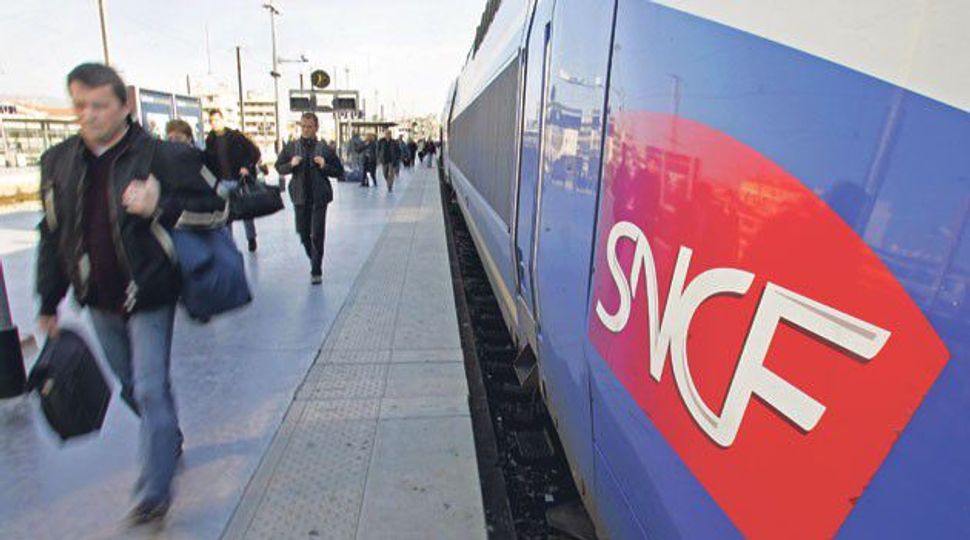 State Sen. Joan Carter Conway, a Baltimore Democrat, introduced the legislation on Tuesday in response to reports that Keolis America, a U.S. affiliate of the French rail company SNCF, is bidding for a 35-year, $6 billion public-private partnership contract to operate the Purple Line, a 16-mile rail line.

The bill was sent to the state Senate’s Budget and Taxation Committee. A similar bill in the House of Delegates is expected to be introduced as well.

More than 50,000 people signed a petition posted on Change.org by Maryland resident Leo Bretholtz, who escaped from a train headed to Auschwitz in 1942, calling for SNCF to pay reparations to survivors or their descendants.

There were 72 convoys of trains during World War II on which more than 75,000 Jews and other prisoners were transported from the suburbs of Paris to Nazi concentration camps. SNCF was paid per person per kilometer to provide the trains, cars and manpower.

“SNCF’s continued refusal to take responsibility for its role in the Holocaust remains insulting to its victims and deeply troubling,” Conway said. “Requiring disclosure alone has not worked — it is essential for any company interested in doing business in the State of Maryland on such important, taxpayer-funded projects to do so with clean hands.”

Under the legislation, any company wishing to enter into a public-private partnership in Maryland must disclose its involvement or that of its affiliated companies in the deportations and whether or not reparations have been paid.

A similar bill was passed in 2011 in connection with a MARC train service contract.