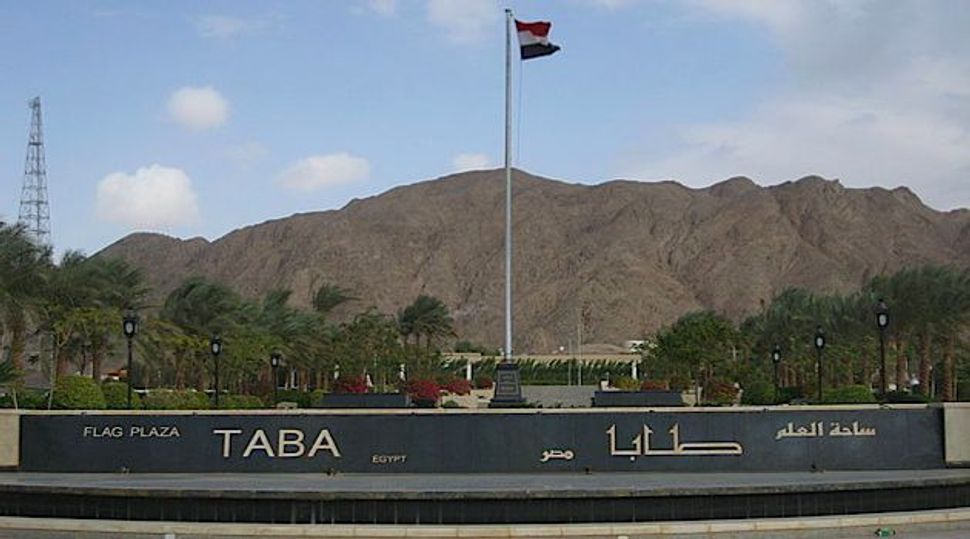 An explosion on a tourist bus in Egypt’s Sinai near the Israeli border killed four people and wounded 33, according to Haaretz.

Israeli police said they heard an explosion from the Egyptian side of the Taba border crossing. The blast took place after the bus entered Egypt from Israel, security sources said.

The border crossing has been closed.

Egypt has been rocked by political turmoil and violence since the army overthrew president Mohamed Mursi of the Muslim Brotherhood in July after mass protests against his rule.

Islamist militants based in the largely lawless Sinai peninsula near Israel have stepped up attacks on security forces since Mursi’s downfall, killing hundreds.

Mursi appeared in court on Sunday on charges of conspiring with foreign groups to commit terrorist acts in Egypt.

Israeli police said they were preparing medics to treat any casualties from an explosion on Sunday in Egypt’s Sinai peninsula near the border with Israel.

“The event is happening on the Egyptian side, and we are making our preparations,” a police spokesman said. An Egyptian army source said an explosion on a tourist bus wounded 14 people.