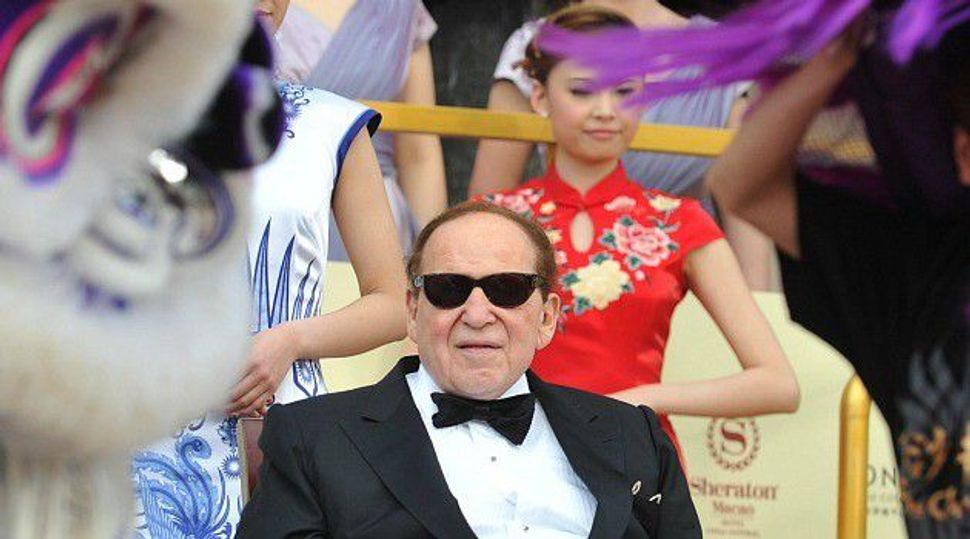 The websites of the casino operation owned by Jewish billionaire Sheldon Adelson went back online, a week after they were hacked by unidentified vandals who criticized his support for Israel.

The hackers on Feb. 11 took over the home page of websites run by the Las Vegas Sands Corp., the world’s largest casino operator, which is owned by Adelson. In addition to criticizing Adelson over comments he made in October about Iran and its nuclear program, the hackers also posted personal information about employees, including email addresses and Social Security numbers, according to reports.

The company email system also was not working, but was restored on Feb. 14, and the Sands’ corporate website and the sites of its resorts in Las Vegas, Macau and Singapore did not function.

During the hacking incident, the homepage of the website of the Sands Casino Resort in Bethlehem, Pa., showed a photo of Adelson standing next to Israeli Prime Minister Benjamin Netanyahu and dialogue saying “Damn A, don’t let your tongue cut your throat. Encouraging the use of weapons of mass destruction, under any condition, is a crime.” It was signed by the Anti-WMD team, according to The Morning Call.

The page also showed a map of the world with flames where Sands has casinos in the United States.