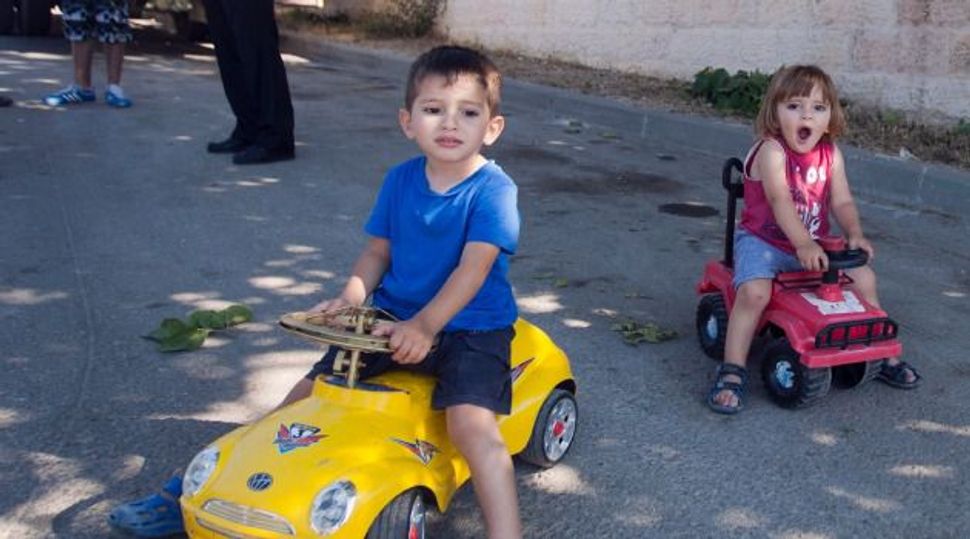 A foundation that distributes free Jewish books to Jewish children in North America and Israel is launching an initiative to deliver Arabic books to Israeli-Arab preschoolers.

The Harold Grinspoon Foundation’s PJ Library and Sifriyat Pajama, PJ’s sister program in Israel, have collectively given away more than 10 million books in nine years.

“We hope The Lantern Library will be a long-term partnership that will eventually serve Arab preschoolers in all state preschools throughout the country,” said Galina Vromen, who directs Grinspoon Foundation operations in Israel. “We are delighted that the Ministry of Education recognizes the importance of providing good books to young children in Israel. Studies show that reading books to children from an early age is vital to emotional and intellectual development.”

A recent Grinspoon Foundation-commissioned survey of more than 20,000 American Jewish parents participating in the PJ Library program found that 58 percent said the program has moderately to greatly influenced their decisions “to build upon or add a Jewish tradition to their home life” and that 62 percent said it “increased their families’ positive feelings about being Jewish.”

“PJ Library meets families where they are – in the comfort of their own homes,” said Marcie Greenfield Simons, PJ Library director. “People are turning to ‘do-it-yourself’ everything, including religion, and Judaism is no different.”