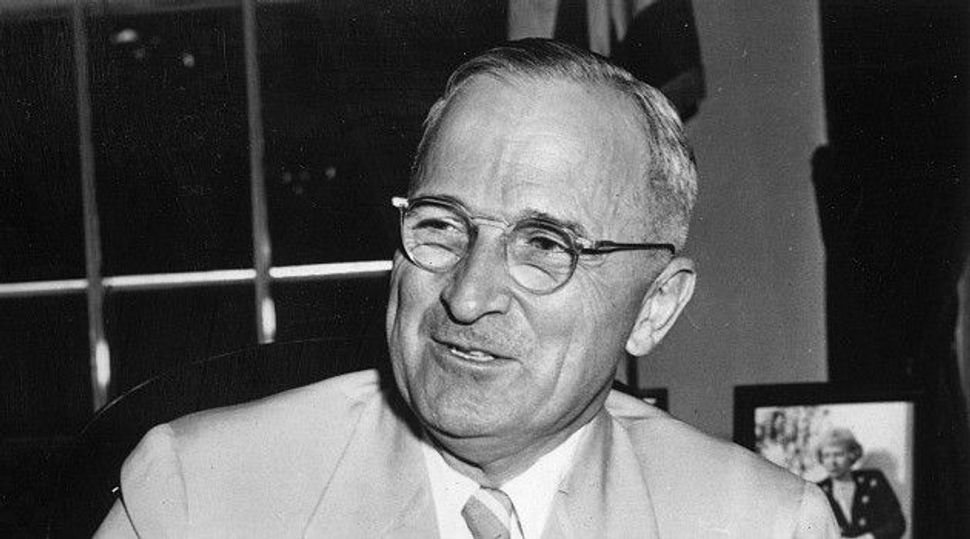 John Judis, author of the provocative book, Genesis: Truman, American Jews, and the Origins of the Arab-Israeli Conflict, says he generally believes any publicity is good publicity. Now he is to be questioning that credo.

In an article published in The New Republic, where Judis works as a senior editor, he fires back against critics who accuse him of anti-Semitism and de-legitimizing Israel in his latest book.

The book, which has garnered considerable controversy since it was published early this month, pores through U.S. archives and documents to deconstruct the role of the United States in the conflict between Arabs and Jews in Palestine. He concludes that Zionism was largely a colonial project and that Harry Truman was pressured to support the establishment of the Jewish state by an overbearing Zionist lobby.

“I think the problem is that some enthusiastic supporters of Israel may believe that by acknowledging that history, they thereby confirm that Israel is ‘illegitimate,’” he wrote. “But many states, including the United States, are products of settler colonialism and conquest. There is no going back in these cases.”

The article responds directly to a series of scathing reviews, including one in the Jerusalem Post, which argues that Judis’s book must be understood as part of a “new worldwide effort to question the legitimacy of Israel” and another in the Wall Street Journal, which accuses Judis of “equat[ing] Europe’s mightiest powers with its greatest victims, the Jews.” He also says that he received an email from conservative writer David Horowitz accusing him of supporting the Nazis.

Earlier this month, Judis was disinvited to speak at the Museum of Jewish Heritage for an event in June. A museum spokesperson said that they were “concerned that the controversy would overshadow the content.” After the decision garnered national outcry, however, the museum’s director personally re-invited the author, claiming that a miscommunication had led to the decision to initially rescind the invitation.

Unlike other speakers who have faced cancelations or bans Judis’s book does not attack Israel — nor has Judis been a vocal critic of Israel.

He says the true message of his book is a historical one, albeit one that has profount implications for present day policy.

“What Israel’s early history does suggest … is that Palestinian Arabs have a legitimate grievance against Israelis that has never been satisfactorily addressed. It won’t be addressed by abolishing Israel — that’s not going to happen — but it can be addressed by an equitable two-state solution that gives both peoples a state and that opens the way for Israel’s reconciliation with its neighbors.”