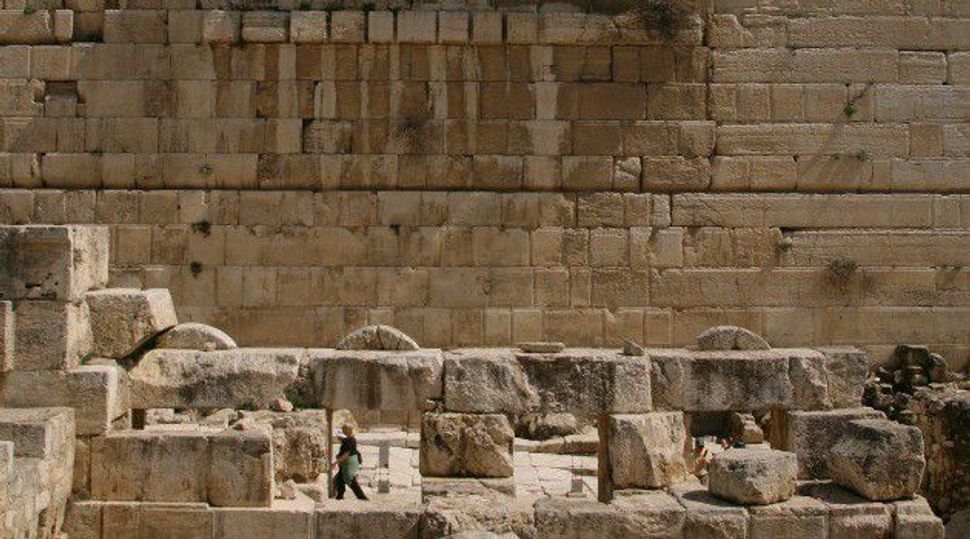 Leaders of the Reform and Conservative movements expressed concern over reports that the Israeli government agreed to put a right-wing organization in charge of the Robinson’s Arch area of the Western Wall.

In a letter sent Thursday to Cabinet Secretary Avichai Mandelblit, who is working on a government plan to make the area an egalitarian space for prayer, the leaders of the Reform/Progressive and Conservative/Masorti movements in Israel and the United States said they were “shocked and dismayed” over reports that the government was set to transfer control of the Jerusalem Archaeological Park and Davidson Center to the City of David Foundation. They also said they would accept no less than governance over the space by representatives of their religious movements.

Following delivery of the letter, the Conservative movement’s Rabbinical Assembly said that Mandelblit said he will block the deal.

The area to be transferred includes Robinson’s Arch, a section of the Western Wall just south of the Western Wall Plaza designated for non-Orthodox prayer. Israel’s Reform and Conservative movements, along with the women’s prayer group Women of the Wall, are negotiating with the government to expand the plaza’s prayer space. The expansion is meant as a compromise to interdenominational conflict at the wall.

In the letter, the religious movements’ leaders expressed anger that the possibility of the right-wing organization taking over the site was not raised during negotiations over the conditions for making the site an egalitarian prayer space.

“What this news demonstrates to us is that we must protect the singular goals that the proposed negotiation regarding the Kotel site are meant to advance — the recognition of egalitarian, pluralistic prayer available to all Jewish people,” the letter said.

It added, “Only in an arrangement which guarantees the governance of the prayer space by our own representatives can we hope to create a lasting solution.”

Jerry Silverman, president of The Jewish Federations of North America, in a statement called on the Prime Minister’s Office to “stay the course toward a compromise that satisfies both traditional and pluralistic approaches and access to the area.”

“Ultimately,” Silverman said, “all Jews should have a place at the Kotel. Any major deviation from this existing plan would be very unfortunate.”

In October, the Women of the Wall agreed in principle to pray in a new egalitarian space adjacent to the Western Wall Plaza provided the space meets several conditions regarding design and management.