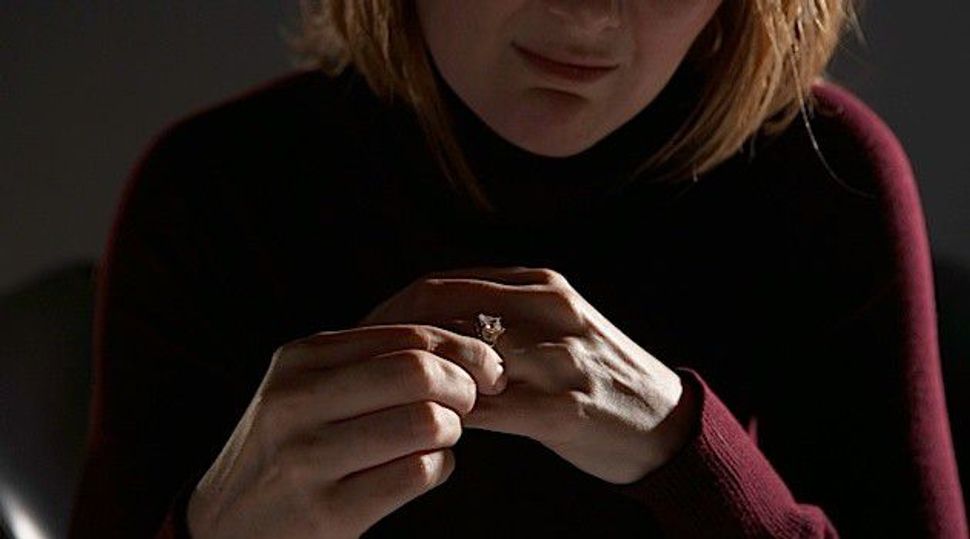 A New York personal trainer pleaded guilty on Thursday to being part of a New Jersey ring that used violence to coerce Jewish husbands to agree to grant their wives religious divorces, federal prosecutors said on Thursday.

David Hellman, 31, was one of 10 men, including two Orthodox Jewish rabbis, arrested last fall in the alleged scheme in which they hired themselves out to unhappy wives who wanted their husbands kidnapped and beaten until they agreed to divorce, the prosecutors in New Jersey said.

Hellman was charged with “traveling in interstate commerce to commit extortion,” and the others were charged with kidnapping, according to government documents.

Orthodox Jewish women cannot get divorces unless their husbands consent through a document known as a “get,” and wives paid tens of thousands of dollars to the ring that would abduct and beat their husbands, prosecutors said at the time of the arrests in October.

The racket was uncovered in a sting operation in which a pair of FBI agents posing as an Orthodox Jewish wife and her brother were to pay $10,000 up front and another $50,000 for men who would beat her husband, prosecutors said.

“Hellman admitted that they discussed a plan and prepared to confine, restrain and threaten the victim,” the U.S. Attorney’s Office in Newark, New Jersey, said in a statement.

Hellman’s defense attorney, Michael Bachner, said his client “has acknowledged his responsibility for his conduct and he is regretful for it, and looks forward to going on with his life.”

Experts say such schemes are in response to so-called “get abuse,” in which husbands demand a larger share of the couple’s communal property before granting the divorce.

While a “get” is not required for a civil divorce, that proceeding would not be recognized by Orthodox leaders and the couple would remain married under Jewish law.