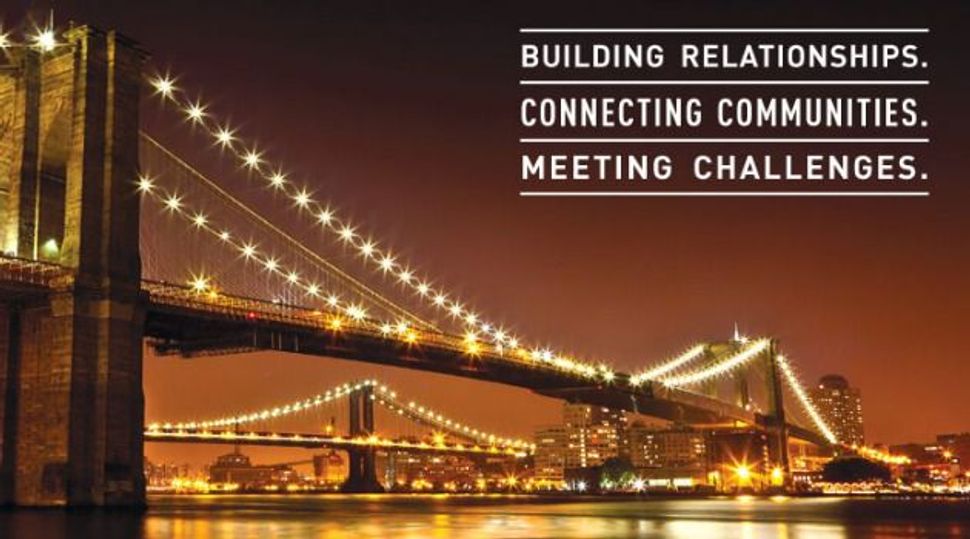 Jewish leaders in New York issued a statement saying the debate on Israel in the Jewish community must be conducted with respect.

The Israel Talks, an initiative of the Jewish Community Relations Council of New York, issued the statement on Monday.

“Differences of opinion regarding the State of Israel now too often serve as a cause for American Jewish communal discord and even acrimony,” the statement said. “When disagreement becomes hostile it frays the bonds of our community. The consequences of such disconnectedness are profound and severe. We must ask ourselves what we can do to listen with more patience, to hear each other and ourselves with greater clarity, and not to impugn the character or motivations of those with whom we disagree.”

The statement calls on members of the Jewish community to view all Jews as part of klal Yisrael, or the family of Israel, “with a shared connection to the Jewish people and Israel”; to treat others “with decency, honor, and resilience, be curious about our differences and cherish what we have in common, even if we agree to disagree with each other”; and to remember that “respectful speaking and listening are possible even in the midst of a heated interchange of ideas.”

Marc Suvall, co-chair of The Israel Talks, said in a statement that the group “is doing vital work.”

“This statement goes hand-in-hand with the ongoing, incremental work of dialogue between people, creating new conversations about Israel in our community.”

“Differences of opinion, respectfully expressed, can be a source of strength for our community,” said Dr. Marian Stoltz-Loike, co-chair of the group. “We need to make sure that our conversations reflect both a range of opinions as well as our shared commitment to Israel.”