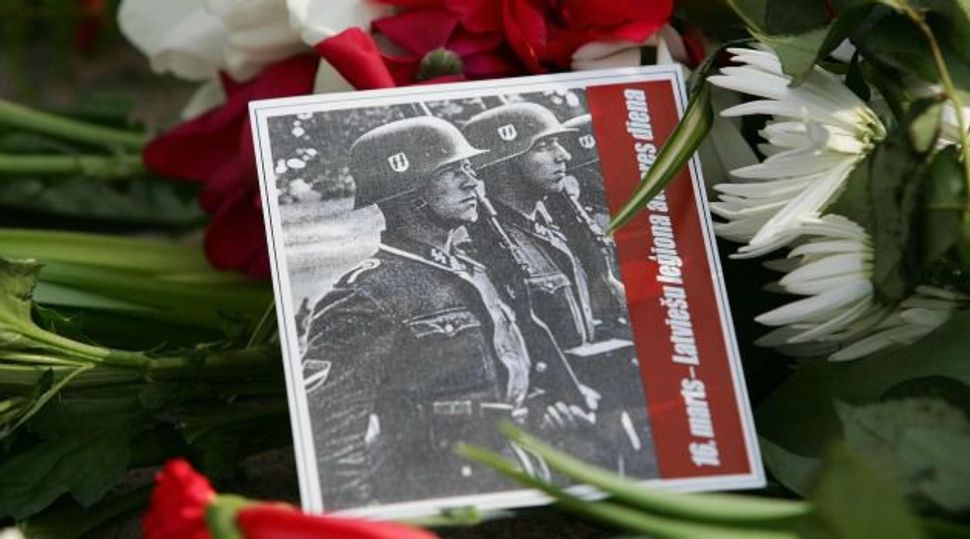 Latvians who fought in the local unit of Nazi Germany’s Waffen SS held their annual parade on Sunday, an event which the government feared could raise tensions with Russia as former Soviet states watch events in Ukraine with growing concern.

Around 1,500 people – veterans in their 80s and 90s and their supporters – marched through Riga’s old town, monitored by hundreds of police officers. Some opponents shouted “Shame!” and “No to fascism!”

Latvians who joined the armed wing of Adolf Hitler’s Nazi party say they were fighting for Latvian freedom at the end of the war and against the return of the Soviet Red Army.

They say they were front-line troops and did not belong to the part of the SS responsible for killing Jews in the Holocaust and see their march as an expression of patriotism.

Russia, proud of its World War Two role and seeing the Soviet Union as having liberated Latvia and the other Baltic states from Nazi Germany, has reacted angrily to such events in the past.

This year Latvia’s government warned against participating in the march, citing security concerns and the situation in Ukraine, where a referendum in Crimea was expected to transfer control of Crimea to Russia.

Russia’s intervention in Crimea, on the grounds that Russian speakers there need protection after the Ukraine revolution which Russia says was a Western-backed coup by fascist extremists, has alarmed many in the Baltics. Both Latvia and Estonia have large Russian-speaking minorities.

The foreign ministries of Latvia and Estonia condemned the Crimea referendum as illegitimate. Lithuania’s ambassador to Ukraine, Petras Vaitiekunas, speaking by phone from Crimea, said it was being held “under the barrels of Kalashnikovs” and that his government would not recognise it.

“There can be no free expression of will under such conditions.”

After the Riga march passed off peacefully, Interior Minister Rihards Kozlovskis told reporters: “Thank God that the worries over a massive influx of radicals that concerned me the most as interior minister did not come true.”

One of the veterans, Vincents Spakovskis, 87, who was forcibly drafted by German forces in 1944, said the Latvian Legion deserved to be celebrated.

“In the beginning, I did not come, but in 1998 when they (the march’s opponents) created a big mess here, throwing carrots, then I started to march regularly,” Spakovskis said.

Critics, many of them from Latvia’s Russian-speaking population, say it is wrong to honour men who fought on the same side as Nazi Germany.

Latvia, a NATO and European Union member, says many of the 100,000 men who fought in the Latvian Legion were forcibly drafted and that no legion member was convicted of war crimes.

Ethnic Russians are Latvia’s largest minority group and account for more than a quarter of the population.