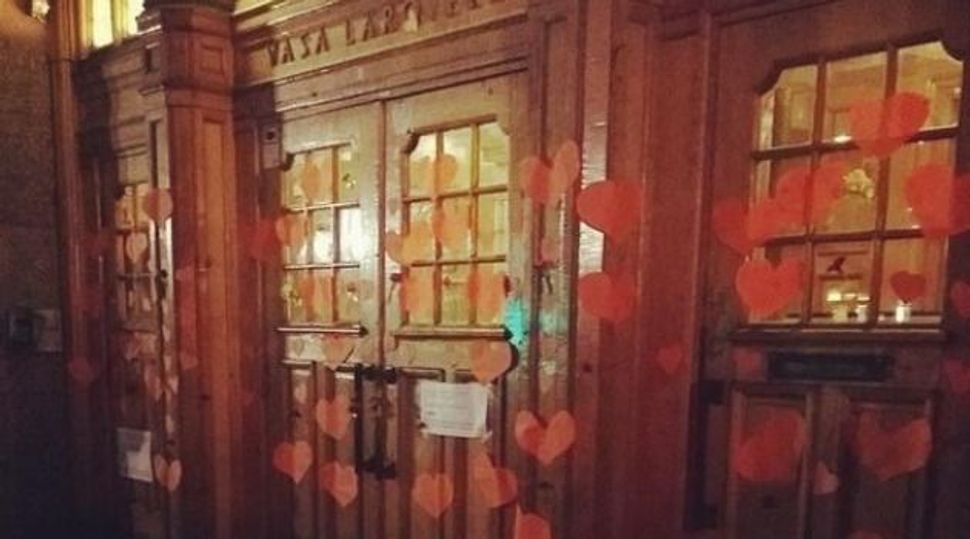 A Swedish junior high school that was attacked with Nazi graffiti was treated to a “love bombing” several days later.

The doors, windows and hallways of the Vasa Real School in Stockholm were covered in paper hearts last week by members of the youth wing of the Liberal Party days after unknown assailants painted swastikas and anti-Semitic phrases on the building’s walls, The Local.se reported.

The school, for grades 5 to 9, has Jewish studies classes for Jewish pupils. It was the first time the school has experienced anti-Semitic vandalism.

A Stockholm high school, which has a large proportion of minority students, also was attacked with painted swastikas earlier this month.