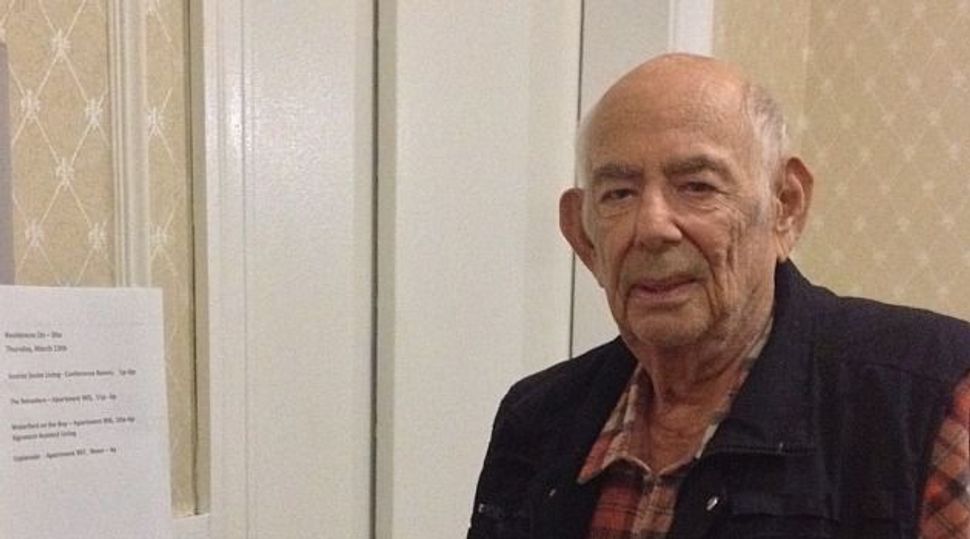 Receiving an eviction notice is never easy. But for the more than 100 elderly residents of the Prospect Park Residence, a predominantly Jewish assisted living facility in Brooklyn, the news was devastating.

The seniors, most of whom are in their 80s and 90s, had planned to “age in place” without having to move again. On March 5 they learned they have 90 days to find a new home.

Now the seniors’ families are pushing back, enlisting the support of local politicians, a legal aid group and clergy to protest the facility’s closure. At a March 16 meeting at a nearby synagogue, Congregation Beth Elohim, 100 relatives gathered to consider their options.

“Everyone there moved there with the expectation that they were going to die there,” said Judith Willig, who is the daughter of a 90-year-old resident and is organizing the opposition. “I’m appalled at this.”

But the residents and their families face an uphill battle, thanks to powerful financial forces. Though many assume that the building will be converted to condominiums, the owners say the facility is closing due to an increasing tax burden and higher costs. The residence sits on prime New York real estate in affluent Park Slope, directly across from leafy Prospect Park. Park Slope was one of the first New York neighborhoods to undergo gentrification beginning in the 1970s, but its property values continue to skyrocket.

“Super-gentrification is the proper term,” said Jerome Krase, a professor emeritus in sociology at Brooklyn College. “Even some of the earlier people who participated in the gentrification [are] pushed out. It becomes beyond trendy.”

Eighty-nine-year-old resident Mary Berger feels the irony of being priced out of a neighborhood after seeing it happen to others.

“We’ve all lived through urban renewal,” she said. “How many of the middle class protested when the hotshot mayors’ aides came in and wiped total neighborhoods clean of poor people? Where did [the poor] go? Did we know? Did we care? I hope they’re going to care about us.”

Now Berger and other residents are scrambling to find new places to live. Open beds are hard to come by in New York City, and residents say there no residences nearby. Many have family members who live in the neighborhood and do not want to move away. Berger was delighted that the residence was located so close to the homes of her two daughters. “My daughters have been so wonderful,” she said. “For a short while, I thought, ‘Well, this is not too horrible a way to end my life.’ My feelings now are pure anger.”

Many of the seniors at the 138-bed facility need assistance from medical aides, and there is a closed floor for Alzheimer’s and dementia patients.

Arlene Sheer is unable to walk and wonders whether, as a Medicaid patient, she will be able to pay for care at a different facility. “You have to worry about where you’re going to go. Are you going to be able to afford it?” she said.

“Just when you feel you’re settled in a place and you’re going to be okay, the rug gets pulled out from under you,” said Sheer, who at 83 described herself as “young” for the facility.

The office of City Councilman Brad Lander asked lawyers from the Legal Aid Society to examine the closure. They are evaluating whether the facility broke any laws or regulations in preparing it.

Financial considerations made the decision unavoidable, according to Pomerantz. “This was not an easy decision,” he said in a statement posted to the Prospect Park Residence website. “Since 2009, Prospect Park Residence’s ownership and management have taken extraordinary steps to ensure a stable and predictable environment for its residents and staff by absorbing escalating costs.”

But he said the company’s tax obligation had “skyrocketed — increasing by nearly $1 million. Today, despite its best efforts, Prospect Park Residence is no longer viable.”

Residents, their family members and some local politicians think the decision was motivated less by tax increases than by a desire to take advantage of the high-value real estate market in Park Slope.

“My take on what’s happening is that a heartless building owner sensed the opportunity to make a lot more money in building condos than in assisted living and is evicting 130 of our senior neighbors to do it,” Lander said.

But Deborah Fasser, a spokesman for the residence, said Haysha Deitsch, who has owned the facility since 2006, had “no immediate plans for the building.” (Pomerantz and Deitsch declined requests for comment.)

“The intent right now is to safely and seamlessly relocate the residents to other residences that will meet their needs,” she said.

Stacey Gordon, owner of an elder care consulting group, said old-age homes are always looking at their bottom lines. “This is the problem with for-profit housing for older adults,” she said. “Assisted living can be wonderful for some people, but it’s there to do what for-profit organizations do — which is earn money,” she said.

Legal experts believe the facility must ensure that all its residents are relocated before it is allowed to close; the facility has said its deadline is not set in stone.

Residents focused particular ire on Deitsch for implementing the evictions, especially on such short notice. Berger was especially dismayed that Deitsch, a Lubavitch Hasid, would take such an action against a fellow Jew.

“It’s a Jewish ownership that should know better,” Berger said. “These are religious Jews that are doing something evil and counter to everything that those of us who are Jewish believe in.”

Assuming that the facility closes, seniors will face a difficult transition at their new homes. “We often talk about moving older adults as if it’s a jolly event. But it’s a traumatic event,” Gordon said. “We’re talking about literally uprooting someone who is at the end of their life. It’s unconscionable.”