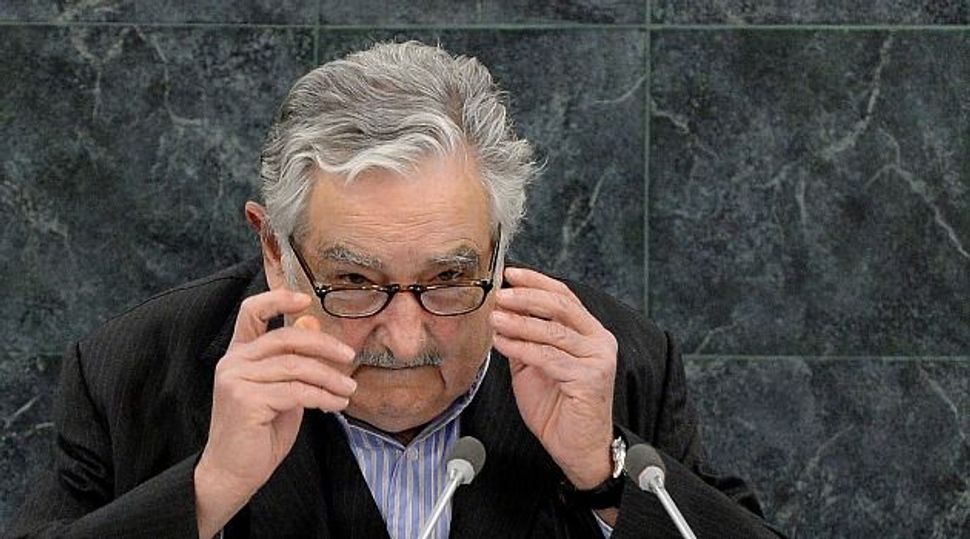 The five prisoners selected to receive refugee status in Uruguay include four Syrians and one Palestinian, who can not return to their home countries due to their political situations, according to the Pan Am Post. The men will remain in the country for at least two years following their arrival.

Representatives of the Jewish community and the B’nai Brith International organization reportedly met on Tuesday with the United States ambassador to Uruguay, Julissa Reynoso, to express their concerns.

Eduardo Kohn, B’nai B’rith International director of Latin American Affairs, who attended the meeting, told local media that the detainees’ relocation to Uruguay “could make Jews and any other minority nervous.”

Mujica said he had taken the reaction of Uruguay’s Jewish community into account when he made the decision.

“Yes, of course we took it into account,” he said during a radio interview on Monday, according to the Progresso Weekly. “And [the reaction of] the Syrian community and everyone else. And in due course we’ll talk with members of that community with the respect they deserve and the consideration due to all the communities that might be concerned in one way or another. We’ll take into account their points of view with the greatest respect.”