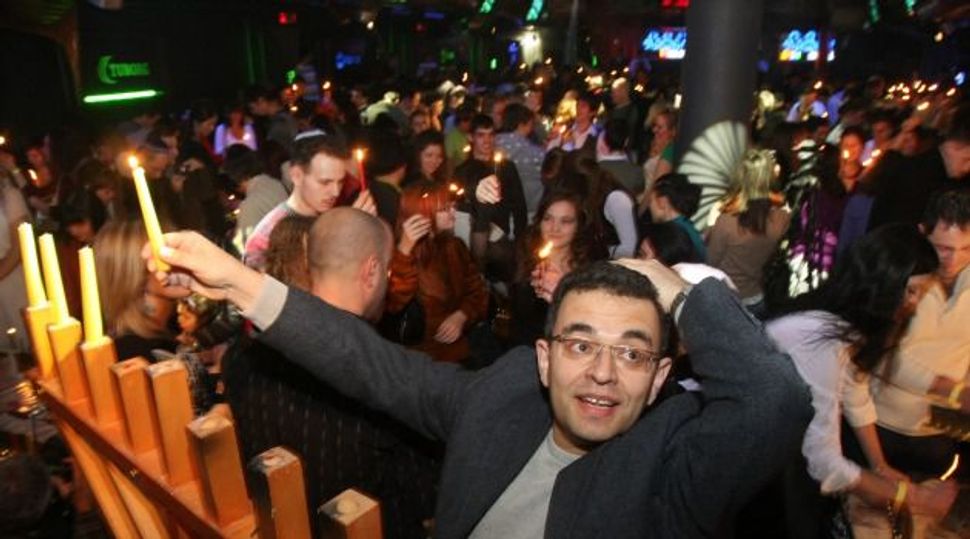 A Russian Jewish group is preparing to open a kosher nightclub in the center of Moscow.

The opening of the new institution, the Shahar Club, is slated for April 5, the Russia-language Israeli news site izrus.co.il reported on Tuesday.

“Jewish youth in Moscow should have somewhere with an easy, relaxed atmosphere to hang out, discuss their identity, or just have fun,” a co-founder of the new club, Ilya Lipetsker, told Izrus. He said he hoped the club would help unite young Jews from different backgrounds.

According to Izrus, the club will only offer kosher food and drink. Organizers wrote on Facebook that the new club will not be open on Shabbat.

Lipetsker helped establish the club with Alexander Kargin, who heads a group called Shachar, which organizes activities for the Jewish community, mostly with a pro-Israel aspect.

He said the new club is meant to expose Muscovites to “a slice of the Tel Aviv nightlife and thus allow Moscow Jews to immerse themselves in that scene.”

Shachar has organized rallies in Russia to express solidarity with Israel, including during the 2011 Pillar of Defense operation in Gaza.

Moscow is home to approximately 100,000 Jews, according to the European Jewish Congress.